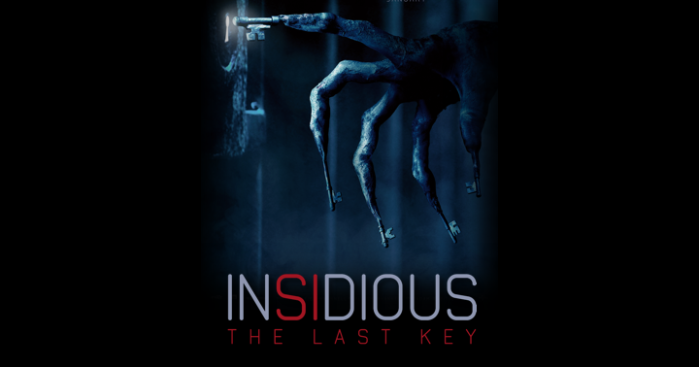 Okay, I keep watching these films because up to now, there have been at least one good jump scare in each film. By now, the scares are fewer and farther between, and the subtle hints are not so subtle. Especially when Elise Rainier is compelled to explain them to us as she discovers them.

Now, with the 3rd sequel / prequel, the creepy old ladies and lipstick face demon’s have been replaced with a guy who has no nose and finger keys. That he compels men to do horrible things to women would be boring by now if it weren’t for the #metoo movement. I am pretty sure they don’t mean anything by the message forced down our throat to not give into fear, because that’s what key hands wants from us…

The story is the inevitable journey to one’s home, you know…where it all began. That one last mystery to be solved that is really the first one that Elise ever faced. Lin Shaye is as appealing as ever. It really is nice that she’s been able to carve out this little ghost hunter hero life long after the days that an actress usually sees on the screen. They scraped this one together form scraps, quite plainly. But they’re appealing scraps.

Bruce Davison is kind of useless as her younger brother, Christian. He shivers a lot and says he’s mad at his sister. Fortunately, he has two cute and plucky young daughters (Locke and Gerard) to add to the mix. We know they’re there basically to give Tucker and Specs something to ogle over.

None of this is bad. It’s mostly bland thrills and chills where women overcome what weak men and demons put them through. It doesn’t further the journey, like the second and best film in the series. It’s just another loose strand that tries to add to the outfit.