The Tillman Story demonstrates when morale is not moral 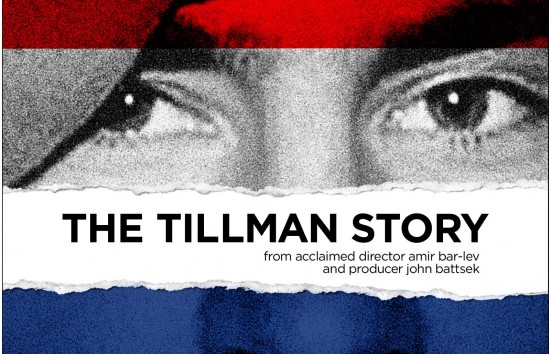 “It’s horrible to lie,” states Pat Tillman’s mother, Dannie, states about half way through The Tillman Story.  This may be seen as anachronism in the world of politics, but when the military stands in as the protector of untruths, the feeling changes.  Everyone knows the “15 minute” version of Pat Tillman’s life.  Successful football player gives up his career after 9/11, serves his country well, and is killed in action as a hero, awarded a Silver Star, Purple Heart and a posthumous promotion.  End of story, right?  Only if you support the George Bush way of viewing the world.

Pat Tillman was not the way blind faith Americans like to view their heroes.  He wasn’t religious.  He read Noam Chomsky. He thought the war in Iraq was illegal.  He died from friendly fire.  His last words were to repeat, to whomever was shooting at him from his squad:  “I’m Pat f#*^ing Tillman!  Why are you shooting at me?”

When his family found out, the official story was that his convoy had been ambushed and he and a few of his squad went towards the enemy, allowing for the rest of the squad to survive.  Eventually they discovered, through a call from someone in the press, that information had been released indicating that the story they had been told about their son was not truthful.  Over the next days, months and years, they found that the story they’d been told was riddled with lies and cover up.  What’s worse, his story had been used, in essence, as a recruiting device to promote the Bush / Cheney / Rumsfeld “foreign policy wars.”

The documentary starts out with the stated desire not to point out Tillman as a hero.  When you portray him as a hero, his mother says, you forget that he was a human being.  You create a myth and you lose the humanity.  It’s hard, of course, to see him as anything but a patriot.

The documentary, however, does not want us to lose sight that what happened to Tillman exposed a bigger problem with the foreign policy decisions of the Bush Administration.  In the second year of his deployment, he was sent to Iraq, much to his disgust.  His company was involved in the rescue of Jessica Lynch.  He learned, before many of us, the disgusting reality behind her story, as his team waited for hours on end before being allowed to rescue her because they had to get the cameras set up to view it…as propaganda.

From here, we find a rundown of Pat’s life.  From his parent’s want to keep their kids away from TV and out in the open of life, to his time at Arizona State and then, eventually, with the Arizona Cardinals, to the marrying of the one and only girl that he ever loved.  Finally, to his secret decision, revealed only to his wife and his brother at first, for he and Kevin Tillman to enlist in the Army.

His second tour in Afghanistan is where he would eventually meet his destiny.  The film thoroughly goes through different perspectives from within the same squad until they come to the only conclusion that could be reached.  This conclusion, however, was not revealed to the public, however.  Although it was held back, it did not stop the endless recounts of his heroism in “fighting the Taliban.”

This documentary is a must watch for anyone who considers themselves a patriot of this country.  It is a revealing look that, while

this country is far from perfect, there are people out there who still will fight for it.  People like Pat’s brother Kevin, who stayed with his platoon even after the truth was discovered.  He finished his tour with them.

The high point in the film is when we finally hear from Kevin, as he testifies before a hapless Congress, telling them “…to others in the government it (Pat Tillman’s death) appears to have been an opportunity.”  This is an opportunity Bush and his underlings made the most of.  In the end, the only one punished is a retired 3-Star General.  That’s justice, right?

Congress did nothing but glad hand every administration official that paraded before them, not wanting to ruffle feathers of anyone that could do them political damage.  The best conclusion they could reach, about the Lynch and Tillman incidents was:

“The pervasive lack of recollection and absence of specific information makes it impossible for the Committee to assign responsibility for the misinformation in Corporal Tillman’s and Private Lynch’s cases. It is clear, however, that the Defense Department did not meet its most basic obligations in sharing accurate information with the families and with the American public.”

The prolonged suffering of the proud Tillman family shows who ne’er-do-well opportunists like Bush / Cheney / Rumsfeld chew up patriotism and spit it out for their expedience.  They take what is truly a great country, filled with honest and selfless military men and women, use it for their own benefit, and leave it to the public to prove they are responsible.  Being informed is the first step in doing so.  The Tillman Story is a great place to start.