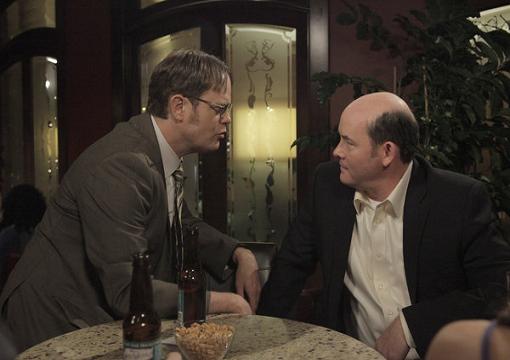 Not a bad episode, but far from a great one.  The Jim/Kathy angle was worn out before it even started.  Everyone knew Jim is too perfect for it…so we just had to wait it out.  Ditto for Ryan and Erin.  Stanley as a philanderer is getting old.  Some good work turned in by Kelly Kapoor on Darryl’s situation, however.  Why is it always better when she is involved?  Darryl is really starting to bring it home with Val.  Packer 2 episodes in a row is tough, although it is good to see how evil Gabriel Susan Lewis can be. Nellie Bertram can leave at any time.