Skip to content
Chronicle: Succinct story delivers it all with time to spare
4 Stars

Chronicle: Succinct story delivers it all with time to spare 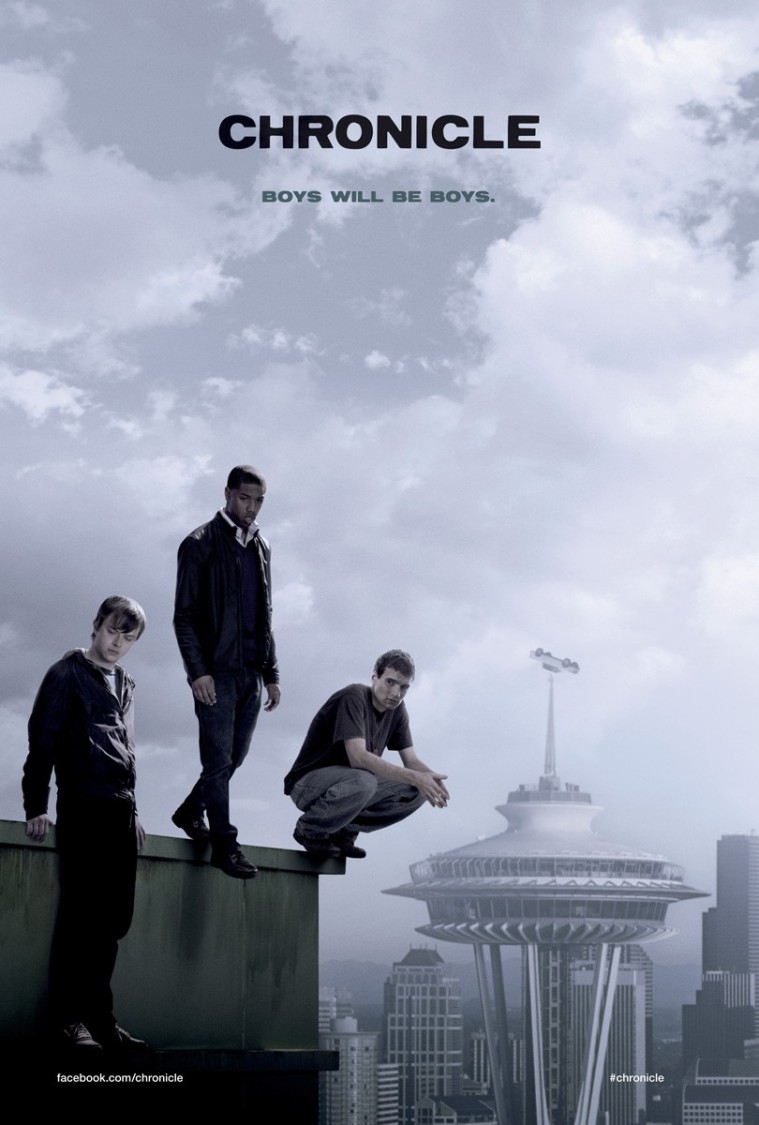 The faux documentary is an ironic success in the age of hi-def.  All of the ability to get a crystal clear vision of perfection, like we get in the masterpiece Hugo, and still so many success stories of films in which the majority of the camera work is in handheld cameras.  The best thing about Chronicle, when it comes to using unconventional camera, is its ability to show that just about everything these days is covered by some sort of camera or another.  The makers get to the point, in the 3rd act, whether the cameras are part of a security system or being suspended in mid-air, by, well, you’ll see.  The benefit to this vantage is that we get the HD experience while keeping within the framework of the story being told.  It’s a freedom that lets Chronicle live and breathe.

Starting out with Andrew Detmer, an insecure high school student who is experiencing just about every malady known to a kid his age: his father (the excellent Michael Kelley) abuses him, his mother (Bo Peterson) is dying and he is picked on by everyone.  His cousin, Matt (Russell), likes him well enough that they hang out on occasionally.  Having decided that he is going to film everything from here on out, he is adding a new form of tension to his life.

Soon enough, after he has been accosted for using the camera at a party, he is introduced to Steve (Jordan) , popular guy running for president.  Steve and Matt had found a hole in the woods.  Supposedly others had seen the hole too, but they were gone now.  Nonetheless, the 3 of them find their way in the hole with the camera.  We see cool stuff and blood coming from noses and then it goes dark.

Next thing you know, the kids are playing with a baseball in the back yard, only the game they are playing is different from plain old catch.  Finding that they have abilities to control things, like the ball, with their minds, they begin to develop these powers, at a pace slow enough to avoid the bloody nose.  They have theories about what is happening, but they have a lot more fun experimenting.  That is, until Andrew begins to take things a little too far.

The skill with which Chronicle is filmed is admirable, given the relatively modest budget and even more impressive, the 119 minute running time.  Not one element of the film feels rushed or cut prematurely.  Josh Tank, at a relatively young 27 years old, became one of the youngest directors to direct a film that was a top grosser, besting Spielberg by one year.

Screenwriter Max Landis, son of John, has written several short script to now, but his achievement here is equally impressive given his age of 26.  Everyone is given something to do, except, perhaps Matt’s girlfriend.

The acting is good throughout.  DeHaan is like a magical combination of DiCaprio, MacAvoy and Napoleon Dynamite.  The time spent together with the 3 young men is believable enough, even if it seems they have no responsibilities.  When is that election going to happen anyway?

The end of the film leaves room for a sequel.  There are possibilities, because they never did bother to explain what happens to that hole.  Or why it was there in the first place.  There is no certainty that Trank will be back to direct, but it sounds like he has plenty of offers.

If you have 1:20 to kill, give this film a run through.  You will not be disappointed.  In fact, you may be thankful, like I was, that you got so much for your time.