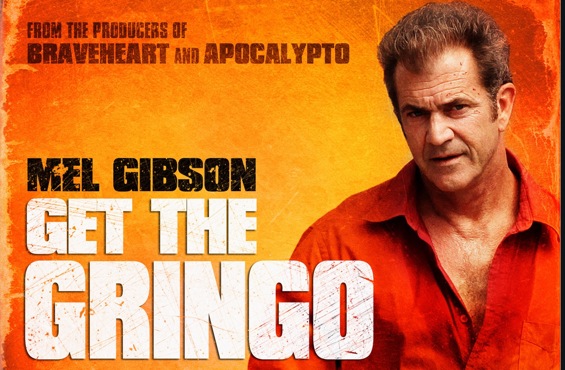 For those of you who think the events of his life have rendered Mel Gibson’s career dead should think again.  Get the Gringo is a continuance of the excellent work he has done since his career has gone into the toilet of liberal shame.  As fractured as his demons has rendered his existence, in front of the camera he is aces.

Starting off in a high-speed chase along the U.S. / Mexico border, he makes it, but not before being rendered unconscious and having his accomplice succumb to injuries received in their recent heist.  The Mexican border agents barter with their U.S. counterparts and are about to hand him over when they discover the considerable amount of cash he is carrying with him.  Next thing you know, he is processed through the Mexican  detention system and assigned to one of the strangest prisons I have observed, El Pueblito.

As soon as Gibson, known simply as Driver, gets into the prison, he finds his balance and quickly finds the means to keep himself somewhat anonymous and quite well off.  The presentation of how he gets to this point is as entertaining as any sequence in the film, and that is saying something.  The trick to this prison is that, not only does it include prisoners, but some of their relatives, and this includes children.  Weapons are readily accessible, if you know where to look, as is just about every other vice that one could need.

In this environment, Driver comes across a 10-year-old boy and his mother.  Their story, involving the most powerful occupants of the prison, is key to the film.  While he is tracking the border agents who ripped him off to get his money back, Driver is drawn quite gradually into their plight.

The relationship Gibson establishes with the boy (Hernandez, in a strong performance) is a convincing one.  Driver is not awash with sentiment, and he ascertains early on that the kid is thriving in a harsh environment.  He needs to know what the kid knows.  It evolves at such a pace as to avoid the pitfalls that occur in lesser films.

The adults that swirl around him are all after the money, and they offer less a sense of menace than they do one of opportunity for Driver.  Gibson’s character is able to visualize more scenarios than the rest of them combined.  His brain is throughoughly outside the box the rest of his competitors think his body is trapped within.

It’s tough to pull off a story when one adult is so far ahead of the others in a convincing way.  Usually this renders the rest of the cast looking like a collection of idiots.  The way the story creators pull this off must be seen to be believed.  That Gibson, co-writer Perskie and co-writer and director Grunberg manage to keep the rest of the characters from seeming too much like extra’s in a Dirty Harry film is a minor accomplishment.

For those of you shocked into a new reality by Gibson’s film turn in 1999’s Payback, you will find this film a spiritual ancestor to that one.  He’s evolved as an actor, since that film, believe it or not.  In the world of film, Gibson is a survivor.  He may well be here long after we are all gone.