Written by Allison Silverman Directed by Troy Miller A brief synopsis – Erin has a decision to make between Andy and Pete.  Pam and Jim have lunch with Brian.  The office tries to […] 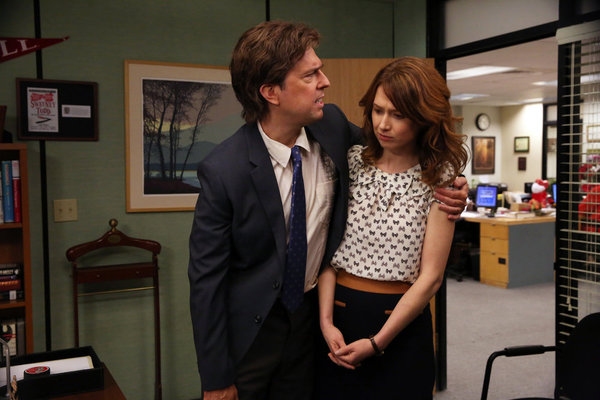 A step up from last week’s travesty, but now we deal with a lot of aftermath.  Andy’s back after filming The Hangover Part III, and the show, as well as Erin and the branch, did well in his absence.  It is nice to see that the staff is less than helpful to him in his return.  Erin and Peter have a life to them that is reminiscent of nothing else on the show.  That is a good thing and hard to do in the ninth year of a show.  Jim is back from Philly and unwittingly sets himself up for a lunch with Pam and Brian.  What could have been a horrible confrontation is handled with class.  You know, the way Jim does things.  The “couples discount” part of the show is short and sweet, and somewhat pointless.  Kind of like the episode.