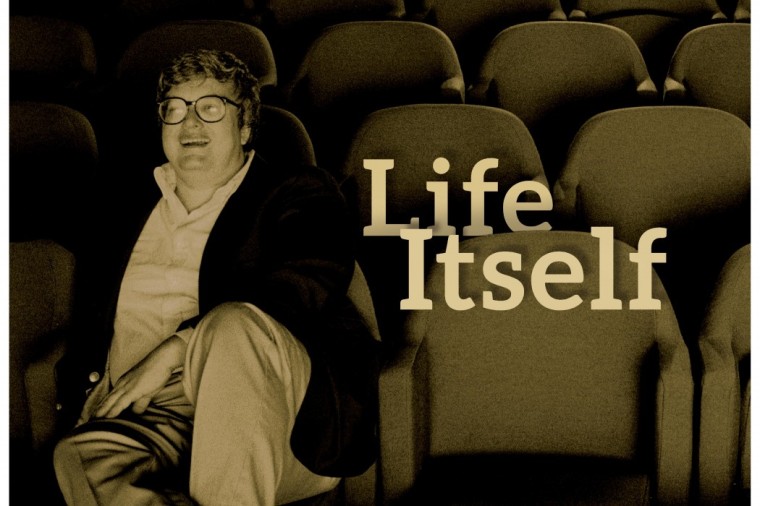 There is a scene in Life Itself where we see Roger Ebert taking a walk during a vacation with one of his step-grandchildren, Emil.  There is joy on both of their faces as he describes his grandson’s request for Roger to take a picture of the couple in front of them, who are holding hands.  When Ebert asks him why, his grandson says because they look happy.  He could have been describing the acclaimed critic’s relationship with Emil’s grandmother, Chaz.

I started watching this the crack of midnight, the day it was released and have seen it twice in the following 12 hours.  It is a wonderful and loving effort, bringing us to the place that Roger occupied in the lives of movie buffs.

To evaluate the effect of Roger Ebert’s life, one could almost divide it from the time before his wife, and the time after.  The man before Chaz had attitude and an ego that was at times educated, defensive and encouraging.  The serenity of his days after they crossed paths seemed more comfortable, resilient and confident.  And happy.

Throughout his life, Roger expressed his love for movies like no other critic before or since.  His consistent voice was not that of a detached omniscient observer.  It was, rather a more populist, immediate, and ultimately more socially intelligent voice.  It was the voice of a man who lived for movies, and wanted others to enjoy them the way he was able to.  It was his own voice.

His early years gave him success, but also a quest for more recognition.  One can imagine, even in a world where one gets more credit for doing than they do for discussing what has been done, why Ebert would occupy so much time boasting in local bars, drinking in courage and bellowing out from insecurity.

The bulk of filming for Life Itself takes place during Roger’s battle with cancer.  We see a vast amount of Roger convalescing, with his friends and family by his side. True to who he was, we see a majority of images with him in front of an Apple laptop pounding away on the keys. This is the Roger that many in the digital world grew fond of in the last decade.  He was ahead of the game when it came to online resources.  His reviews, projects and then a blog were all available and widely lauded on his site which has been available via link on this site since the very first day.

One thing the movie does not cover was the abortive attempt to bring Ebert back into television, Ebert Presents: At The Movies, which was a brief, if exceptional foray into the mind of a critic.  The show was powered in large part with the energy of he and Chaz, and it served as a final push into the world of his website, which has since become a haven for young critics.

It would be a major lapse to have a documentary that doesn’t contain the full reality.
I would not want the be associated.
This is not only your film.

The scenes of his therapy, gradual decline and Chaz’ steadfast support for him are harrowing, and ultimately overwhelm the majority of the documentary.  This could be seen as a direct response to the secretive way that Siskel treated his own illness.  His promise was to go into the void sharing his gifts throughout.  True to the professional relationship that he shared with his brother, Siskel, Ebert was taking his partner’s viewpoint, absorbing it and countering it with his own.

That we see so much of Ebert after cancer had deformed his visage shows the courage that he with which he approached his life toward the end.  This courage was not all his own.  A large part of the courage derived from the power of his union with Chaz.

People would say, oh, don’t you get tired?  Yeah, I get tired sometimes.  But I never got so tired that I wanted to give up.  There are so many people out there taking care of people who are sick and disabled…we all go through the whole gamut of emotions.

What is clear in the work of James and the words of Roger and Chaz, is that Roger’s impact was as a person, and not a critic.  He touched those that he worked with, which is an interesting way to perceive his reviews. Many critics eschew personal relationships with their subjects, knowing how corruptible it can be, potentially. Ebert was an advocate and friend of many film makers, young and old.  So many testimonies of appreciation on how his reviews, positive and negative, were absent of derision and often filled with encouragement.  One such example is the review of Scorsese’s The Color of Money.

Among the highlights of the film is the contributions of Siskel’s beautiful wife Marlene, young directors, DuVernay and Bahrani and of course, his wonderful spouse, Chaz.  Iglitzen gives a unique perspective of a man who could take a taxi from a pregnant woman (Marlene herself) in New York City, to the man who, ten years after his death, gave a touching, on the hour tribute to his friend on his birthday.  Her perspective and her voice are at once eloquent, articulate and beautiful.

DuVernay tells a story of herself as a girl, being given a hug and a photo-op.  Years later, after she is a filmmaker by trade, she sends him a copy of the picture and thanks him.  From this, Roger writes the very next day a very touching story about each of their aunts.

Bahrani gives an astounding account of a gift he received from Ebert that has a long history of being given by those who love movies, starting from Hitchcock to Monroe, eventually to Ebert from Diane Ladd.

Through it all, we have Chaz and Roger, showing us that love is knowing that gifts are more than surface deep, and love flows from very deep water. James gives us a portrait of a man on his last physical legs, realizing that it takes more than a body to make a stand.  His wife, discovered by Roger at the age of 50, found value in Roger the very things that Ebert felt should be recognized.  Her gift was vision, to help others recognize his vision.  Not only this, though, she brought out of him a perspective that can only be achieved with the comfort of knowing one is valued and loved.

As an all-encompassing documentary, the subject is perhaps too vast. The work of Ebert and Siskel almost demand their own movie. Life Itself gives us an excellent picture of Ebert’s journey to the graceful man who will live on in the hearts and minds of those who shared his passion. I am as grateful as ever, for the life Ebert lived, and I am happy that his influence is as strong today as it was when he was here.