Skip to content
Sabotage (**): Well, so much for the winning streak
2 Stars

Sabotage (**): Well, so much for the winning streak 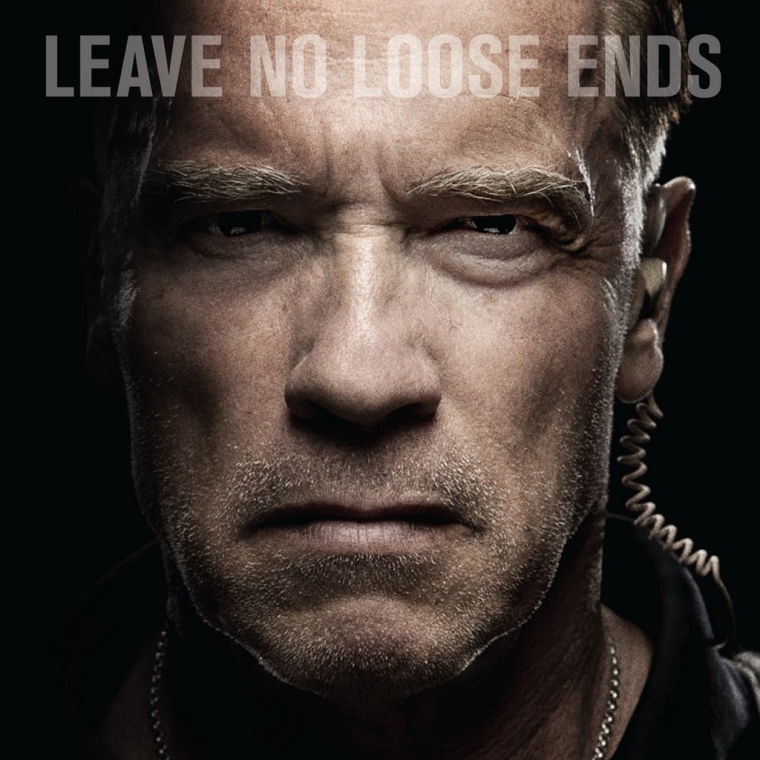 David Ayer was on his way to a good thing. He wrote Training Day, Dark Blue, The Fast and the Furious, U-571 and most importantly End Of Watch (which he also directed).  Then he decided to work with Skip Woods to resurrect Arnold’s fading career. If the nicknames of the lead characters, revealed minutes from the start of the film  are any indication, it is going to be an uphill battle. Sugar, Grinder, Neck, Monster, Tripod, Pyro and Arnold himself as Breacher: it’s a recipe for white trash fun. Only it’s not all that much fun. It’s very violent and there are tons of references to primal sex littered throughout.

It’s one thing to have Arnold tell a fat lady to stick her hands up during a raid, it’s quite another to have a bunch of huge guys bend over at the waist trying not to get shot when someone next room over is littering the room with bullets. Action rolls are a young man’s game.

Our story begins with Breacher’s “undercover” team trying to “get paid” during a raid on some cartel or another. Things don’t work out and the DEA suspends and surveils their leader.  Once the surveillance is over, they start training again, congratulating themselves for staying a team, or something. Soon enough, the guys with dumb nicknames start getting run over by trains, get stapled to the ceiling, etc.  Enter Williams’ Investigator Brentwood. After withstanding more insults than the team’s only woman, Lizzy, Brentwood earns the respect of Breacher, because the plot wouldn’t go anywhere without it.

But who are we kidding, right? This story isn’t headed to the Oscars.  Before the audience can muster the words, I don’t care, the answer to its meager mystery is forced on us, even though the economy of characters law makes it painfully obvious. The secret toy surprise is not any secret, nor is it a surprise.  Damn, it’s not even remotely fun as a toy should be.

The end of Arnold’s career is, like Stallone’s gritty, ugly and lacking grace of any kind. One more Terminator into the Breach, so to speak, will tell us if it’s going to have a chance to amount to anything more than bullets and stupid nicknames. A lot of actors went into the mire here, trying to bring a little class, I suppose, or hope that some of that growing Ayers prestige would work for them. It didn’t. The only thing that happened is the glow faded a bit for everyone involved. One has to hope that Ayers next film Fury brings a little bit back.