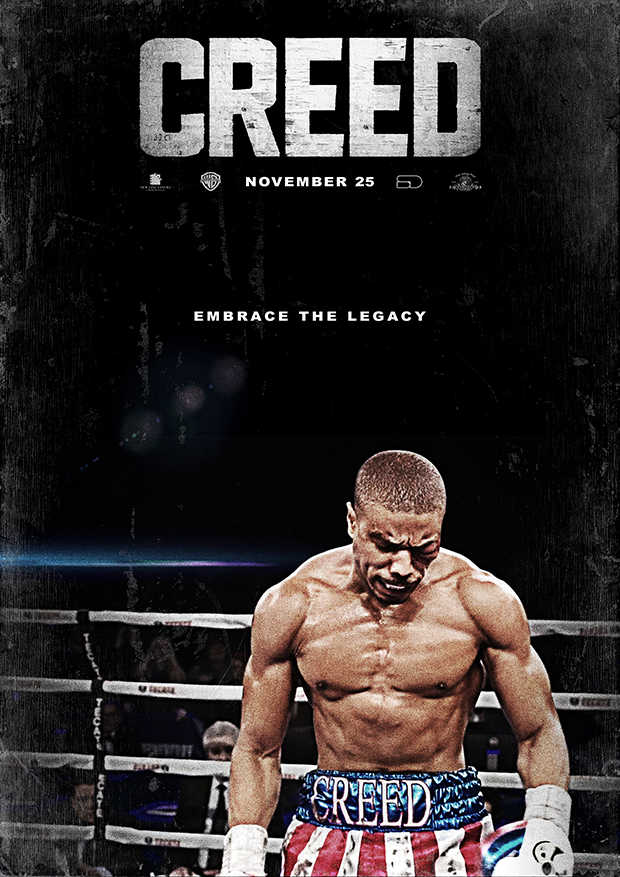 As a tribute to a classic series, Ryan Coogler could not have taken a better angle. The thought of Rocky’s kid taking the throne was mercifully left in the garbage bin of history with the last proper entry in the Rocky movie series. He’s a guy working in Vancouver now, he’s got a girlfriend, he’s not all that into being a Balboa in the city of brotherly love.

Adonis Johnson (Jordan) is not officially a Creed at the start of the story about his father’s legacy. We don’t see his real mother, and we don’t see any of his half siblings. Instead, we have Rashād taking over the role of Mary Anne Creed from  Sylvia Meals, who passed in 2011, may she rest in peace. The opening act of the story sees Mary Anne adopting the ever-fighting, always angry Adonis. She takes him into her home, gives him the life he deserves, regardless of his out of wedlock conception, and treats him like blood. It’s not enough for him.

Adonis gets a promotion at a financial corporation over a decade later, but he doesn’t even stay long enough to tell his mother what the office looks like. He’s been moonlighting as a boxer over the border in Mexico. Even though he can’t get a whiff at his father’s old gym with Duke’s son, who is also a trainer, he cuts his cords and moves to Philadelphia, to seek out his father’s greatest competitor.

It’s at this point the signals begin to be mixed. Referring to Balboa as “Unc,” Creed wears down the old man into training him. He proves his relationship by sharing old stories. Even if that which is driving him to become a prizefighter is not revealed, Rocky doesn’t need that much convincing to start trading platitudes while making his protege do the hard work.

The story has a similar romantic arc as the first Rocky film, but it has a sweetness that is completely original with a twist that allows the contemporary angle seem more appropriate than coincidental. Thompson’s Bianca is no wallflower, like Adrian. What she is gives both Bianca and Adonis more character within a love story since Rocky convinced Adrian to skate with him so many years ago.

Stallone is remarkable in the same vein as he was in the Rocky Balboa. His touch is remarkably and deftly simple. Either Coogler did a remarkable amount of homework for the script, or he just told Stallone to just do what we all know he can. This is the most vulnerable performance of Stallone’s career. After all the stupid action films (a few of them named Rocky) and so many plastic surgeries, his aging is as graceful as anything I have seen outside of Clint Eastwood. This film should net him a nomination for supporting actor. But then, who the hell knows after they snubbed Samuel L. Jackson for Django Unchained.

It’s not enough, though, to say he’s worthy of accolades. As he nears the age that Meredith reached when he trained Balboa, we see the old champ pick and choose things that worked for him as an amalgam of his own path. It would have been easier to say, well, “Mick did this and Creed  did that.” This is a man who has his own history, some of which we see, much of it we did not. His path has been that of a simple man that many of us can relate to as we age. Inside such a big heart, such a grasp on reality, and always moving one step forward.

“Time is undefeated,” says Balboa early on. At least we get the pleasure of seeing Rock enjoy it’s passage. Even through the pain of each loss.

As Adonis “Creed” Johnson, Jordan gives a solid performance. He has many subtleties and layers, as we see him play off of the ghost of a cinematic legend and the shell of another one. The biggest challenge is playing off the anger with the lighter moments, and his performance hits every note it needs to squarely. If he can’t rise up to the challenge of one of the great characters of all storytelling history, it doesn’t affect the film. Creed is, to a great degree, more of a blank canvas than the fully developed Rocky was when we first met him. This gives him room to grow, and he will get there.

There are some awkward elements to the fighting in the story, but there are some moments that outshine many of the fights that precede the ones we see here. “No one ever learned anything while they were talking,” is a mantra that this film takes seriously. We see a wildly furious Adonis get roped in by the gentle approach of Balboa’s advice mid-match, and for once in a Rocky film, the younger man takes the advice and benefits.

There is a tactic discussed before the big fight that does not get employed. After considering the advantages of the opponent, Balboa tells Creed how they should approach it and, after a dramatic shift in the story, completely abandons any talk of the plan. We barely see it in the fight, either. It’s a ways away from the blunt force trauma technique used against Mason Dixon.

Perhaps the only problem with Coogler’s intimate filming style is the with the camera angles within the fights themselves. While handheld cameras provide an immediacy that helps with character within the story, inside of the ring the angles are often off kilter and a little disorienting. It’s a small but crucial element that has an effect in the overall tension.

The ending will not come as a surprise to those who have absorbed the best of this series. It doesn’t diminish the feeling coursing through the viewer when the hero connects, however. Everybody hopes against hope. Except my buddy Cool Poppin’ Taco, sitting next to me. As he facetiously said “Creed 2: The Revenge” towards the climax, I told him he could shove it up the old gazoo.

This film touches greatness, and that is enough. One step at a time. One round at a time. I am ready for round two. Again.