Burlesque is about…119 minutes 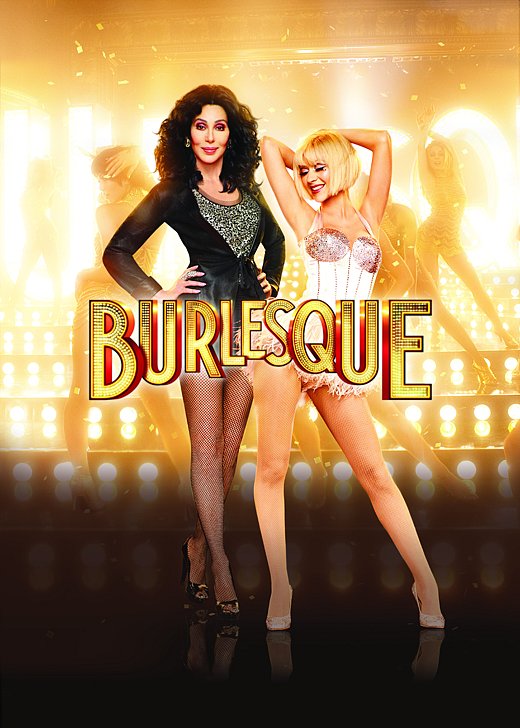 So, tell us a bit about yourself – My name is Cool Papa, father of two girls with first names that start with an “E,” but that is not so much why I refer to myself as Cool Papa E.  It has more to do with why my friend calls himself “WeMissE.”  “E,” is the clue.

How do you feel about Cher? – I desperately crave the idea of Cher as a singing and acting icon.  Like all iconic figures, though, they fall a little short of expectations.  I felt a little guilty when her voice reminded me of my sister’s when she had jaw surgery requiring it be wired shut for a time.  The amount of makeup she had on almost made me want to classify the movie as horror.  Still, I like Cher.

Do you have any thoughts about Christina Aguilera? In a word, desperate.  In a few more, she just seems like one of the many people who seem driven by the idea that because she has a decent voice  she should be famous.  And for this, we have to suffer.  But then, to be fair, I used to think the same of Cher, back in the ’70’s.  I was wrong about Cher, sort of.

Was that Julianne Hough there, over acting between dances? None of us believed her at first, but my friend Kim was right. She got to play the same part that Cynthia Rhodes played in Dirty Dancing: the good dancer waylaid by pregnancy.

Who is Eric Dane, anyway? The ladies call him “McSteamy.”

Who is McSteamy? Um, that’s what the ladies call Eric Dane.

Isn’t he married to Jessica Biel? No, I think you are thinking of Rebecca Gayheart.  Biel is married to ARod.

Peter Gallagher…what’s going on there? Well, my friend Dean says the brows could use some trimming.  I haven’t personally enjoyed him in anything since…The Player.

How is it that Gallagher’s character could have been married to Cher’s character? Surprisingly, there’s only 9 years difference.  Still kind of creeps me out, though.  Cher has a thing for brainless younger guys.

How do you think Diablo Cody’s career is going about right now? Well, here’s hoping things pick up, but the cliché count in this film was remarkable.  She’s got the chops, but she has to move away from the penny-candy aisle and pick out a few vegetables, if you know what I mean.

Who is this Steve Antin guy? Not sure, but I think Rick Springfield wanted to steal his girlfriend at one point, back in the ’80’s.

Speaking of silly men, how about that Stanley Tucci guy? I like him in stuff like Julie and Julia, but when I see him in junk like this, I picture my friend “WeMissE” making the fake devil horns with his fingers ala Mid Summer Night’s Dream and saying “I’m Stanley Tucci.” But then, aren’t we all Stanley Tucci at times?

Has Kristen Bell ever been less likable in a film? She is just enough of an actress to match her talent to the level of the movie.  Really, though, what else can you do with a plot that is a retread of a Muppet Movie but have someone portray Miss Piggy.  In this case, they had 3 women cover that role, with one (Cher) doubling as Kermit.  “Let’s put on a show to save the Theater!”  Indeed.

Do you like this musicals? As a concept, it’s kind of a tough call.  This one won’t make me a convert, but there are some good ones out there.  Take Singing in the Rain, Mamma Mia, or…this one: 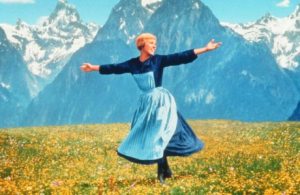 So what makes them different, than, say, Burlesque? Um…it’s kind of like Jazz.  You don’t know what makes it good, you just know it when you see it.

So why do you watch musicals? I love my wife, and those 2 girls, with names that start with an “E.”

Did your wife think this was a good movie? No.  But she still wants to own it.

Why do you think that is? Probably the same reason I own Die Hard 2: Die Harder.  Musicals have an effect on her, like Hostess products on my friend Dean.  Sure, they’re bad, but what a confection…