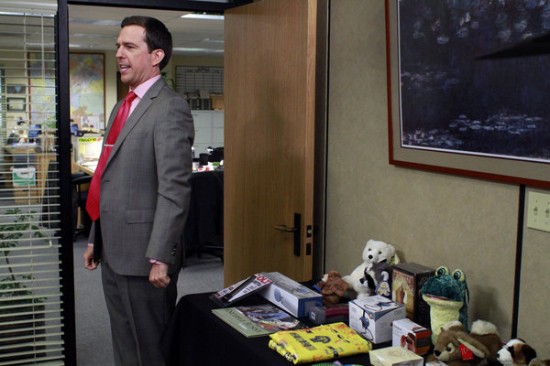 Pam – “I do.”
Kevin [totally let down from the next room]: No!
The team is coming together for a cause.  It’s a different chemistry, but it is delightful, in its way.  Robert California’s character flits about, dropping bombs and leaving the staff to move forward, predominantly, on their own.  This could work out well.  More characters than ever are interacting, creating in expanding on their chemistry.  The episode seems brief, but it may be because we are enjoying it more.  Two minor criticisms, are the subplots.  Pam and Angela’s walking experience is short, but complete.  Darryl’s reunion with his ex-wife ends up…no one is sure where.