The Writers – Mark Farrell and Paul Maher Director – Robert De Lint A brief synopsis – Oscar and Emma reveal to Brent that they have never been married.  Brent finds a […] 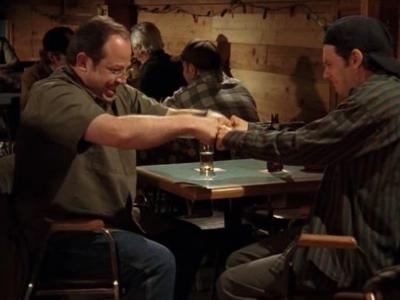 One of the top five episodes of the series and definitely one of the best written.  Everyone has a spectacular line (or two, in many cases) to follow.  Davis and Karen are brought more to the forefront, and the show benefits from their development.  There is not one moment of letdown throughout the episode.  The show is definitely on by now.