Skip to content
CPE and Em: The Amazing Spider-man may not be necessary, but it is good.
4 Stars

CPE and Em: The Amazing Spider-man may not be necessary, but it is good. 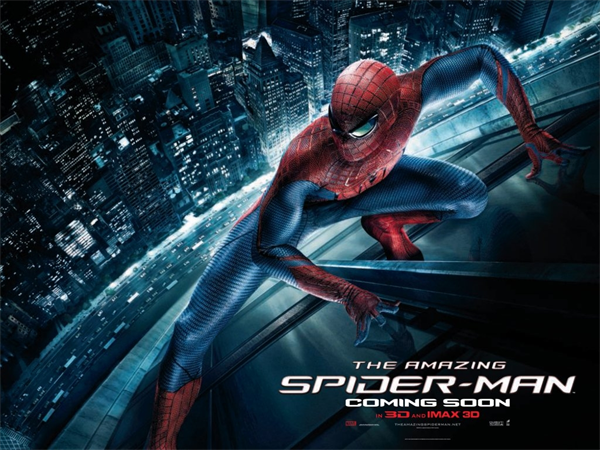 There is a moment when Uncle Ben (Martin Sheen) takes the obligatory bullet early on, but not early enough, in The Amazing Spider-Man, without thought, I clapped and cheered, mortifying my friend and my daughter, who were watching the film with me.  The reason I cheered was not because I favor the death of old people.  Seeing them back their car into a bank is usually enough for me.  Uncle Ben and Aunt May (Sally Field) is the one part of Spider-Man that I really didn’t think I ever needed to see again.  As some sort of rationalization, not fully played out, we see Peter’s mother and father for the first time (Davidtz and Scott).  This tries to add a dimension to the proceedings, that I suppose helps to flesh out a story.  Then, to take scenery chewers like Field and Sheen and place them into the roles that have already been so well established by character actors in the last series?  What a waste.  No one needed to see this again, for sure.  There could have been a flashback that did not include anything more than the parents, which would have made it more memorable and less redundant.

This is not to say that the entire film is wallowed in the cloud of useless repetition.  Sure, the origins are revisited, but this time around, I think they made it more interesting, without the creepy idea of Peter shooting stuff physically out of his hands at people, places and

things.  The alternative is much cooler and more appealing.  His drive to catch Uncle Ben’s killer is interesting in that the sleaze looks like the lead singer of Nickelback or the Paddle Pop Lion to an almost disconcerting extent.  It turned into great fun, however, when we see  Spidey go about the town and beat several similarly slimy looking crooks.  One gets much satisfaction imagining the lead singer of that crap-fest of a group actually having his ass handed over to the cops time and again, after being beaten about the head and neck by a superhero.

There are many other good points to The Amazing Spider-Man, with primary among them being Garfield’s performance as Peter Parker.  He walks a balance of cockiness, insecurity, impishness and vengeance with a closer feel of the smart alack that is truer to the spirit of the comic version of Spider-Man.  The confrontation in the sewer with the Lizard is better than anything seen in the earlier 3 films.  The first reason is the use of the web in the truest sense.  Then we see a fight that is anything but glamorous, ending with Spidey barely escaping with his life.  What is Peter Parker’s response to having his chest sliced open in that round:

Another great move they made was hiring Emma Stone in the role of Gwen Stacy.  Her style is so easy and free that she can sell sarcasm and the ability to believe she is buying what is in front of her simultaneously.  Her relationship with Garfield seems genuine, as does her back and forth with her father (Leary).  She seemed a little less like a damsel in distress (something Raimi did too often with Dunst) and more like someone you could count on when it hits the fan.

Ifans Dr. Curt Connors is underplayed, with a touch of Alfred Molina’s Doc Ock in his character.  His portrayal is pretty mild, and only truly menacing when he is in his lizard drag.  The Lizard is pretty awesomely generated, looking authentic, mobile and anything but cheesy.

The ending to Spider-Man, just like The Amazing Spider-Man, trades on the conceit that Peter must be alone, because of the enemies he will have.  Seems like his significant others find trouble whether he’s with them or not, so you’d think by now the writers would find some way to just skip that tired old routine.  They give a head fake to it here, and then reverse back to the basket.  The whole maneuver felt about as ripe as Uncle Ben and Aunt May.

So I give this movie a pass, because it is a pretty good story that has the courage to leave loose ends (the Nickelback / Paddle Pop killer) for later and give pointed, but not overwhelming hints about the future of the franchise gives one the want to see more, without reminding them that they just saw much of the same movie for the second time.  If they take off from this point and do something original, hooray.  If not, the series may reach a dead-end.

I give The Amazing Spider-Man a thumbs down because it wasn’t that good of a movie.  First of all my Dad clapped when Uncle Ben died.  I thought the old Spider-Man (Maguire) was more cute.  This Peter Parker had weird hair.  He wasn’t that funny.

I am used to the other movies, so I am not really into this first one.  Maybe when they come out with more I will like them.

My favorite character was Uncle Ben.  My Dad should stop saying bad things about him.  I sort of liked Gwen Stacy.

The Lizard looked cartoonish.  I thought it looked fake.  Maybe in the next movie they can not make somebody’s hand turn into a monster.