Spider-Man Homecoming (*****) is alive and waiting 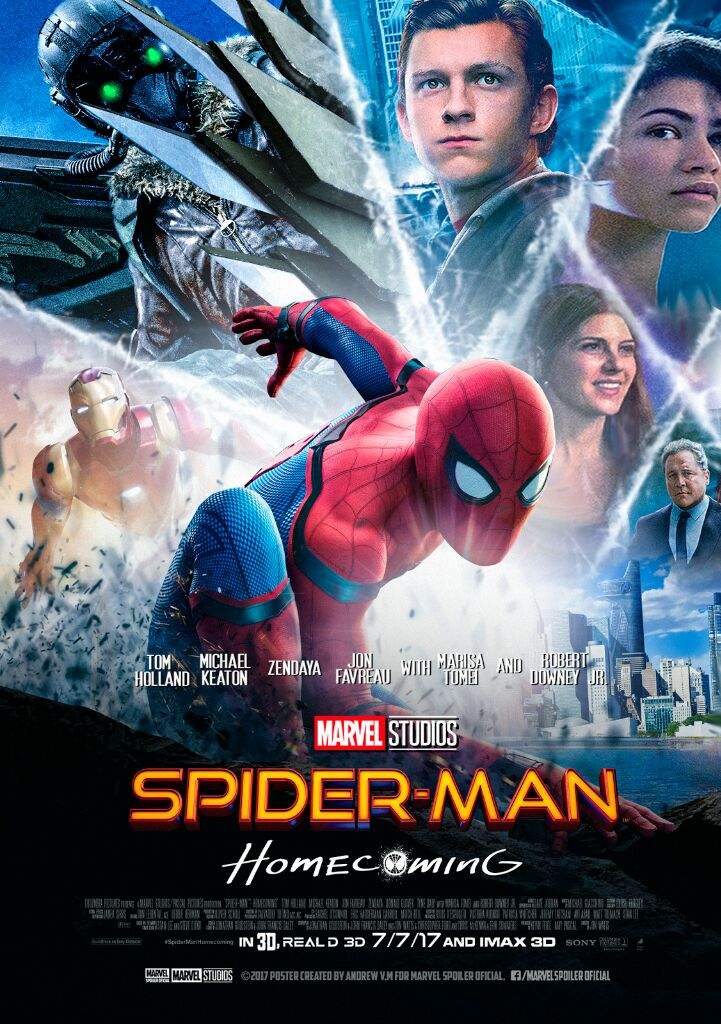 Before we go any further, let’s get this out of the way. Marvel is set for at least another 10 films all because of the decision to inject Spider-Man into their Cinematic Universe (MCU) in this way and at this time.  This decision has been a trend, to be sure, since the 2nd Avengers film, we’ve seen many new supers mid-career, ditching the origin story as a crutch and just having them jump in feet first. Even Ant-Man is not the original, and the first one had been a member of S.H.I.E.L.D. if not an outright Avenger. Not only is this a more interesting plot device for whatever movie they join, it ditches so much useless exposition, there is considerably more meat to the overall arc of the universe.

The story takes form at the immediate aftermath of the battle of New York. Adrian Toomes is the owner of a salvaging company dealt a raw deal after he over commits to the job of cleaning up the damage. Taking advantage of the situation, he begins an operation of profiteering from parts that he lifts from that and other events, like Sokovia.

Fast forward 8 years to the point of Civil War and just after. Peter is enamored with the opportunity that Stark gives him, and he wants more. He turns this into a crusade to become worthy of a return phone call from Stark or Happy Hogan, and the hope becoming an Avenger in full.

Spending more and more of his time in his “Internship” with Tony, he stumbles across Toomes operation, well after they’ve become a powerful entity that could cost Parker everything.

This is the best Spider-Man movie for so many reasons.

This film has so many red flags, I really had my doubts when I initially heard about the enterprise. I thought it had the potential to bring down the MCU a peg or two. The fact that they have a half-dozen writer credits didn’t make it feel any better. There was some hope after seeing Holland steal his scenes in Civil War. This film should bring us all of the way over to Kevin Feige’s conversion of the power of Producer as the overall visionary. The MCU is a gift that is ever-changing and it just keeps producing.

Jon Watts is yet another young director handed the reigns and given some, but not all of the control. Like most of the others, he excelled in this position so far. I look forward to seeing what he does in the future, because he wove together a deceptively simple story and made everything seem light and crucially important at once. I give him most of the credit for the greatness of this film. I give Feige credit for the Universe.