Skip to content
Sharknado: Now we know what global warming can do…
1 Star

Sharknado: Now we know what global warming can do… 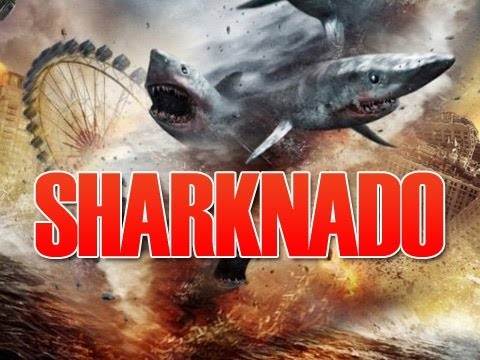 Who left the 14-year-old alone with the computer and the HD camera?  I found my kids writing the script for Sharknado 2: The Grouchnapper Needs a Snack.   I am pretty sure that Thunder Levin is a pseudonym for my nephew, Joe.

Really, though, if Syfy is trying anything, it’s an effort to see who could do worse.  For all the bad special effects seen in this film, you’d figure they could afford some blush over Tara Reid’s uneven Botox.  Let’s not single her out though.  Let’s congratulate her, Ziering and Heard for finding work, even if it is at the business end of a shark.

How do you get through a movie like this?  I had to watch it in chunks, carefully avoiding my wife walking in the room.  She took this film as a personal affront whenever her gaze happened on the screen filled with cheaply drawn effects and even cheaper acting.

It’s beyond not trying and beyond not caring, it’s trying really hard to appear not to care.  There are people out in the world trying to get screenwriting, directing and acting credentials in hopes of one day getting to present their truest art to an audience who might really appreciate it.  You know, like Richard E. Grant in The Player.  Really though, if you enjoyed that film, you might enjoy the spirit with which this one was birthed.

Irony is, even with the press that the film got after the below average ratings the film received in its first showing, the film got a big gift from recently deceased actor Cory Monteith.  The Glee actor’s final two tweets were about Sharknado.  It does not necessarily elevate Sharknado in prestige, so much as it creates a clearer picture of how aimless Monteith’s last hours must have been.

Still, if my kids can watch Disney’s Teen Beach Movie and think that the movie within a movie WET Side Story is the name of a classic, then I suppose worse things could happen than spending one’s time watching this crap.  Not much worse, to be sure.

Watch at your own peril: which is really an awareness that you think you’ve got enough time to put into something that will likely subtract more than time from your life.