Maze Runner: The Scorch Trials (***) – There’s always someone saying don’t worry about it 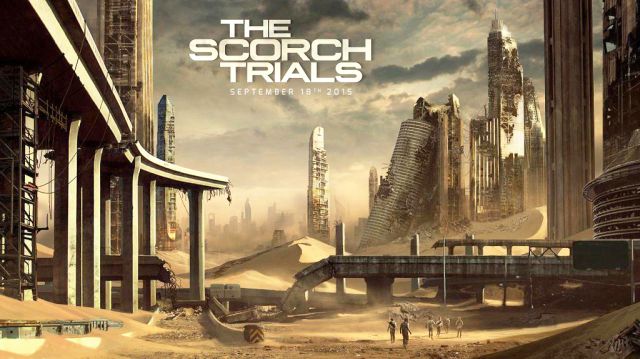 The very first thought I have when thinking about the title of the 2nd in The Maze Runner series is the enduring image of Wanda from Corner Gas boringly celebrating pulling a fast one on any of the various unsuspecting clods of the town of Dog River. Enter with opening, insert great (or mediocre) one liner and then the erstwhile genius clerk punctuates it, half assedly: “Scorch.” 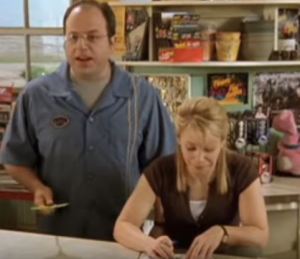 It’s a nice contrast to the image the movie puts forth, as we start the next phase of one of the better dystopian dramas to be released in this decade of dystopian dramas. The first film is focused and intense, for the most part well acted and it is a compact story. That it leads to a sequel could be forgiven, even if the second film had never been made. Here we are, though, for better or worse, outside of the maze that the kids all had to run.

Life outside the maze is more mysterious than inside very early on. The kids are essentially kept in a prison-like atmosphere, waiting for Godot while the warden Jansen, as played by Game of Thrones’ Gillen plucks out a lucky few to cross the threshold each day. Gillen is given the same type of role as Baelish. Is he good or bad? Our hero Thomas (O’Brien), ponders this as he watches an ambiguous conversation between Jansen and Dr. Ava (Clarkson) once he gets beyond his confines with the help of another guest named Aris (Lofland). Thomas and Aris see that their lucky compatriots moved into a holding room meant to evoke images of The Matrix, as things probe them and seem to be milking their beings of essential nutrients of some kind.

All of this is enough to spur Thomas into action as he breaks himself, Aris and several of his fellow Gladers out of the facility and into the land of the Scorch Trials. Here the film breaks out of the mold of the earlier film and into new territory. It is sometimes intriguing, more often predictable and overall a little disappointing when it comes to creating the overall atmosphere of the world outside of the maze. The kids find themselves running from zombies in one scene and into a drug fueled party in the next with a bunch of bedraggled homeless in between. That none of the three cultures seem to be aware of one another is surprising and more than a little off-putting. There are even more factions. There is WCKD, the not so cleverly named corporation run by the Dr. and Jansen. There are some mercenary folks caught up trying to cash in on the Gladers, and then the people in the mountains who exist just to have some group that knows what’s going on while not being part of WCKD.

The story is ambitious, but extremely clunky. It comes across about as cleverly as any Dan Brown novel. The characters motives are all telegraphed miles ahead, but the acting, especially O’Brien and Lofland is decent for the material. The biggest problem with the film is the portrayals of the zombies. They look so cartoonish, it’s tough to feel anything but pity for the actors. The atmosphere is right for something good, but the execution is lacking. It’s a bummer, too. Because we have the same director and one of the writers from the original, but it feels like many ideas hurled into the mix haphazardly. All the while, we wait for a conclusion to arrive that we determined within the first 15 minutes of the story.

They have another shot to make this a better film. It’s a great sign that they are not splitting the last book up in two parts. Let’s hope the last film has more focus and less obvious storytelling. As it was, I had trouble keeping bored Wanda out of my mind.