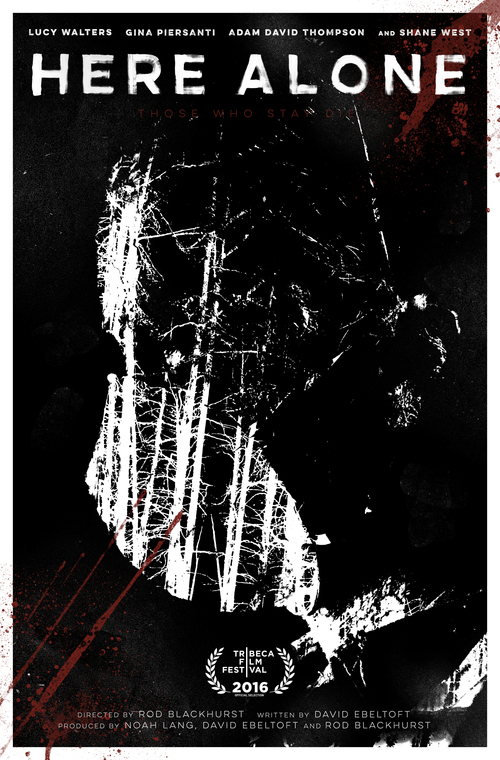 Here Alone amounts to what feels like a Canadian version of a Zombie film. Everything is overcast, kind of dull and low budget. If time were a luxury, I suppose it might feel more nuanced than boring, but I am not getting any younger. I need more Dawn of the Dead remakes, not the end of the world is boring films.

It’s not that the acting is all that bad. Walters in particular seems up to the task of more challenging material than she gets here. The ideas are an amalgam of what you’ve seen before, only done by someone who can afford only the barest of inferences to larger action that occurs off screen. It’s a good movie for a college thesis, but not something I want to spend a Sunday afternoon watching in the place of The Walking Dead.

It would be something if there was any sort of originality to the script at all. We see a variation on the “hide your smell” routine. We learn that the dead are attracted to housing units, but not necessarily cars with screaming babies sitting alone in the woods. There are plenty of scenes with cans of food and saltine crackers. No scenes whatsoever with small game running around, or even a deer. One of those might have been believable, but it would have required someone on set knowing how to dress game.

This is not a film without its merits. This is not an insult to those trying to entertain. The acting and soundtrack, in particular is worthy of merit. In the end it becomes an effort to gain attention with not so much money and a carload of ambition. Add an original story and you might have something.