The Writers – Gene Stupnitsky & Lee Eisenberg Director – Tucker Gates A brief synopsis – Phyllis has been flashed, and as you could guess, 2 things happen.  Michael goes […] 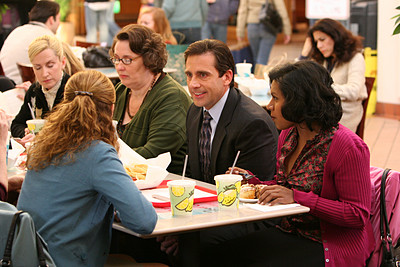 This show was hard to process from the moment that Michael crossed over the line.  That the employees and the HR rep tolerate this behavior is to imply that they all find Michael ignorant and harmless.  That would take a perfect amount of understanding that would be hard to find in 2 people, much less a large group.  Then he takes them to Victoria’s secret.  This tact throws off the rest of the episode’s good points: Angela at the mall, Creed doing number 2 in the women’s room, Andy and Dwight’s burgeoning partnership, Michael trying to change a tire, and Pam’s image of the “pervert.”  All of these are muted by the ridiculously absurd moments.