The Help is better than a pie full 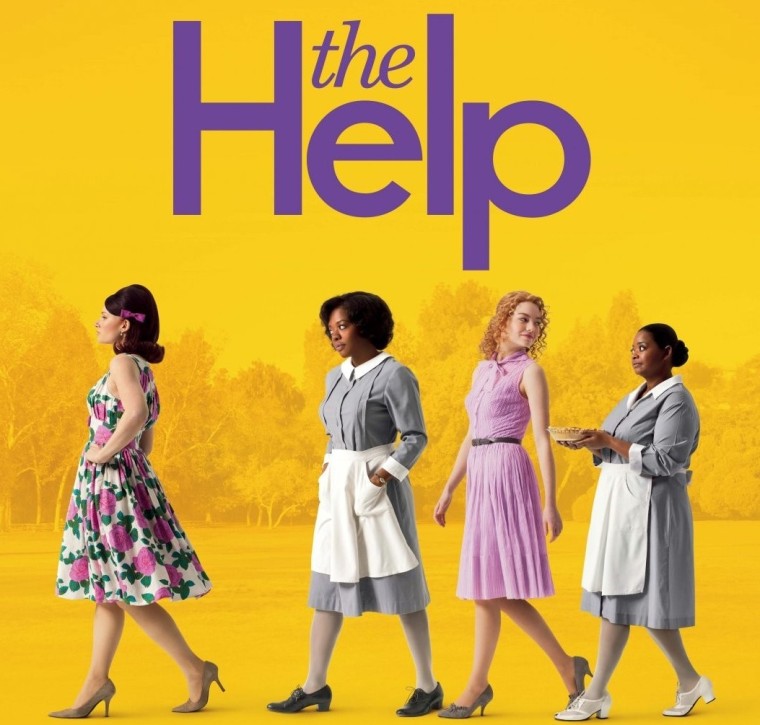 When thinking of how to view The Help, I think of it in terms of how to present The South during the Jim Crow era to a child who had never seen it.  For me, that jumping off point was The Great Santini, where Ben Meechum (Michael O’Keefe) befriended a black farmer (Stan Shaw) who ended up on the wrong side of a gun by movie’s end.  It was pretty intense stuff for a 9-year-old, but it stuck with me, and fit right in with my mind’s eye of the era when I saw Mississippi Burning almost a decade later.  While I don’t recommend anyone under 15 see the latter, The Help is right on par as a primer for anyone to get their first glimpse of our country’s longest national nightmare.  It is a sanitized version of the time, sure, but a story that raises important questions.

Based on the bestselling book of the same name, The Help, depicts a young, virtuous and well-meaning female reporter’s investigation into the lives of those who have lived with and served her family and those of her friends all of her life.  The woman named, Eugenia “Skeeter” Phelan (Emma Stone) just graduated from Ole Miss, is full of ideas of right and wrong.  Her eyes are opened when she catches the eyes of Aibileen Clark, a servant at her friend’s house, while listening to some seemingly innocent racists banter during a social event.

Black women who knew their place was not to question their “separate but equal status” and just do their job, catering to the every need of the adults and children who use them, for next to nothing.  They suffer indignation quietly, and if it is up to generic villain Hilly Holbrook (Howard), the separation will be all the less equal.  The main thrust for Holbrook, to have every home required to build an outside restroom for their black servants, as not to suffer the “different germs” that their servants surely carry with them.  Bearing in mind that these are the same people who raised them as children, and  are now raising their own children, the proposed legislation shows  that these laws are in no way based on anything substantive.  It’s pure vitriol.

Phelan and Clark get a chance to speak about another about an article she is writing about her “homemaker hints” article that she had recently begun writing for in the local paper.  From here Skeeter touches upon what she observed earlier.  At first, Aibileen protests, but subsequent events lead her to find her religion.  In doing so, she knows that the only way to do credit to her recently deceased son is to open up about the truth of it all.

In related events, Holbrook’s recently fired maid, Minnie Jackson (Spencer), having been ostracized in town, has no choice but to go to the one house that no other maid would dare work for.  When she gets there, she finds the most decent employer sometimes the one that has the worst reputation among the not so decent employers.  This employee (Chastain), considered white trash by Holbrook for reasons yet to be revealed, is actually a wonderful human being, and a very much-needed blessing for Jackson.  The rest will be left for you to discover.

The acting is this movie is as good as it gets for the delicate subject.  Spencer and Davis turn in the performances of their careers.  Both should be nominated, and I believe at least one of them will.  Less heralded, but equally deserving is Jessica Chastain, who’s Celia Foote provides a human counterpoint to Spencer’s vibrant Jackson. Their back and forth could have been a whole movie in and of itself.  This is the third excellent performance in a row for Chastain, after Tree of Life and The Debt.  I look forward to seeing what both of them do in the future, along with reviewing the films they have done in the past.

Stone is the right person in the right part, but this role does little to show her ability.  In somewhat of a thankless role, her job is to be the vessel through which we see more interesting characters.  Howard, after a career spent being the only Howard without any discernible entertaining talent, finally finds a job she can do well: domesticated evil witch.  Her performance actually contributes to the film, in a blithely comical way.

Howard’s performance is representative of the film.  The menace which was a part of the everyday life is limited to the failed dating life of a bitter southern housewife.  There are references to homes being destroyed, wives being beaten and other atrocities, but for the most part, everyone is safe, if inconvenienced.  Black men seem to be only available for yard work.

This is good, in a sense, if you want to make a point, without obliterating your kids’ delicate nature.  There is plenty enough time for that in the future.  In the way of introducing your child into the world of what is fair and not so fair, this is a solid first step.