The Writers Brent Butt, Mark Ferrell Director David Storey A brief synopsis – A Tax Man shows up in Dog River, wanting to talk with Oscar.  Chaos ensues.  Davis is irritated that he […] 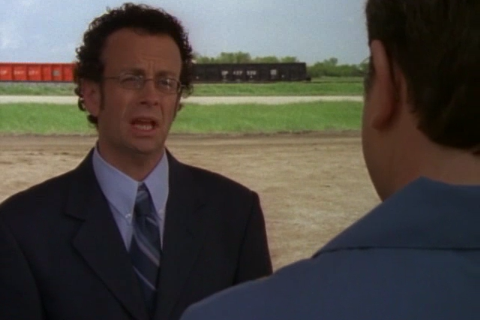 A bit of a clunky episode, revealed in the commentary track to be the first filmed.  Other things you discover, according to Brent, each of the character’s last names are towns in Saskatchewan.  Nonetheless, there are still some strong aspects, namely Wanda’s intelligence and Hank and Oscar’s first (of many) horrible plans.  The scenes with Oscar and Emma are clunkier than they would be in the future, and I guess you’d have to be a fan of Kids In The Hall to better appreciate MacDonald, but it’s solid, nonetheless.