Skip to content
American Reunion: How much Pie is too much?
3 Stars

American Reunion: How much Pie is too much? 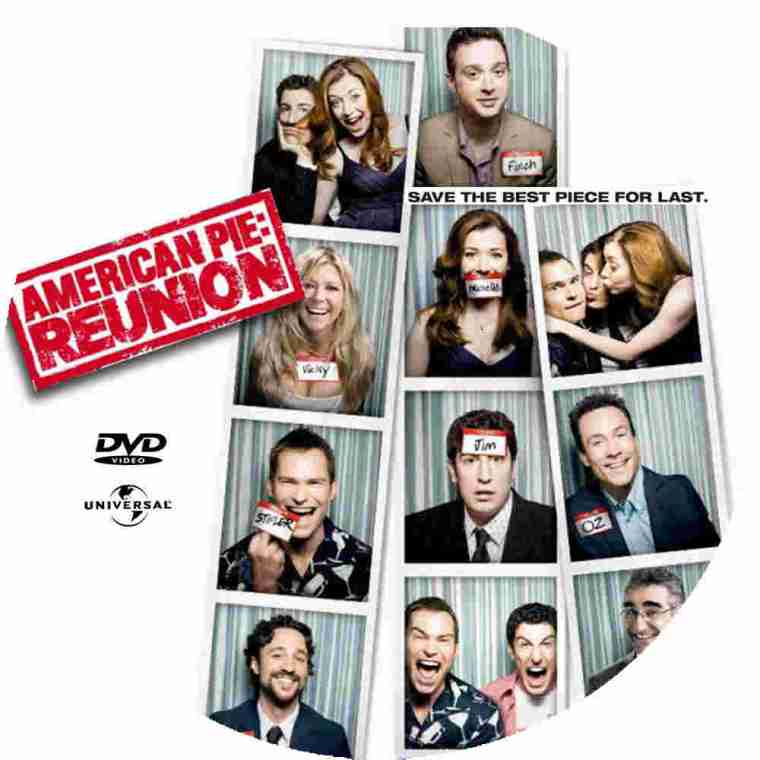 So, Chris Klein hasn’t been up to much in 3 years.  I am not sure you can call what Thomas Ian Nicholas has been doing a stellar career.  Eddie Kaye Thomas has been in all 3 of the Harold and Kumar movies (but then, so has John Cho, but who’s counting).  Jason Biggs is busy…if you consider doing the voice of Leonardo on the Teenage Mutant Ninja Turtles on Nickelodeon work.  Of the girls, you can safely consider Hannigan the only one who has any sort of recurring date with America.  Playing as Lily on How I Met Your Mother, they are 150+ episodes in and the just might have met the woman.

Stifler (Scott), he doesn’t need any work.  He never will.  He’s funny as heck and in good stuff and bad all the time.  Looking at the “busy” careers of the principals in the cast, one can’t help but wonder just why it took 13 years to finally do a reunion movie.  Seriously, what were they waiting for?  And really, who’s ever heard of a 13th reunion?

If it was a search for the magical script, they should have waited a tad longer.  This American sequel is almost to a “T,” filled with the same kinds of hugging and learning that the earlier films included.  False crises abound in every story line as each character drudges through their situation like they never learned a thing in the 13 years since their first piece.  What’s interesting, considering that each character is supposed to be about the age of 31, is that several of them look considerably older.  Reid has a hard-won 36 years under her belt.  Stifler’s already graying at 35.  Klein, at only 33, looks like he’s at least a decade older.  Hair plugs and wrinkles that makeup cannot hide have him looking like he is in some serious trouble.  Strange enough, Hannigan, who is the oldest at 38, looks like she could still play a teenager.

The aging look has an effect on the film to give the scenes about it much more gravity.  It’s confusing and a little annoying that people in their 3rd Decade of life can all seem so lost and unsure what to do, but then, without that, I guess we don’t have much to do.  There are a couple of decent tales to tell here.  Jim and Michelle, who have reached that time in their lives where there are more than a few things in the way of their mutual attraction, genuinely have some grist.  One can imagine Stifler still living with his mom and working temp jobs.  Almost everyone has a Finch in their life.

Oz’s girlfriend troubles and, consequently, Heather’s confusion about her seemingly perfect life are boring as hell.  Vicky and Kevin are given, essentially, scraps as well and it is hard to imagine being in their shoes.  Even stranger, MILF guy #2 (Cho) has been given a substantial role in the film, no doubt due to the star’s increasing popularity.  He is made more than a little gay, but other than that, he is missing his #1 until the end of the film.  Because of this, we get to lament along with him, about a guy we could not remember to save a life.

Speaking of gay, there is a fine learning moment for Stifler in this film, as he discovers, along with the rest of the red-blooded hetero world, that marriage has been redefined.  For Jim’s folly outside of his own marriage, they went younger this time.  Ali Corbin, playing Kara, is some girl who Jim used to babysit.  Now of course, she needs to throw herself all over him.  While being over the edge of cliché, at least they did not bring Shannon Elizabeth with her horrid accent back just to show her breasts once more.  Jim’s Dad (Levy) is a widower now, and this can only be for one reason.  We get to see about 10 minutes “of old dude going back out into the dating scene.”  It has a nice conclusion, however, that avoids overuse of the routine.  There’s a new Mom to fill the role of the desired  this time.  It shouldn’t be too hard to guess who scores.

How much of this crew is enough?  While the paths have been too well-worn for at least 2 movies now (i.e. “…don’t tell Stifler…”) the characters are, for the most part, enjoyable people who one can envision growing old with.  Problem is, in a series about kids discovering life, how much longer can we pretend they are still kids?  If we turn Stifler into an adult, though, have they lost the edge, or just realized that, in about 2 more films, will qualify for AARP?

My personal favorite character, Finch, had me going there, for a while.  There were tales of trips across the world and many adventures to be had.  If he were to bring the gang along for one or more of those trips, they might have something.  Heck, they could even limit it to just Stifler.  He may not have much going on in the film, but as a character, he’s the best thing this series has.