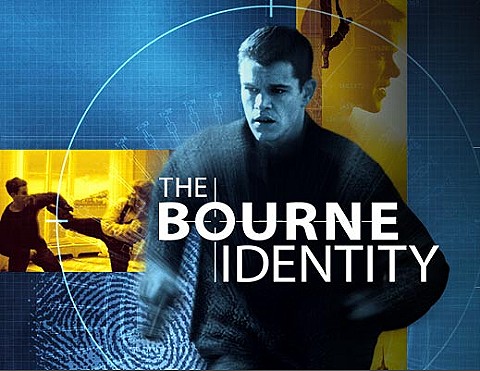 Review – Based on the Robert Ludlum film almost in name only, Doug Liman took the nuts and bolts of the espionage from the experiences of his father Arthur, who grilled the likes of Oliver North during the Iran-Contra trial along with other events during his time in the National Security Administration during the Reagan administration.  The character of Jason Bourne, as conceived by Liman and portrayed by Damon, is one who becomes calmer during conflict.  The fighting style exhibited with Damon doing nearly all of his own stunt work is called eskrima.  The close hand to hand fights are exhilarating to watch as he economizes his movements and each combatant is quickly reassessing their strategy in an efficient, calculating way.  More than this, the dialogue is smart, expressive and intriguing.
Cooper, Stiles and especially Cox lead a stellar cast of remote antagonists, while Clive Owen leads a creepily effective group of assassins essentially several other Bourne types.  Each  of these operates effectively on their own to give the real appearance of an almost inescapable web.
In the center of this web, Damon and Potente create a believable bond light on theatrics and heavy on real tension.  The Bourne Identity is filmed in several beautiful places throughout Rome, but these places feel populated by genuine people.  They truly are set back by their shared dilemma.  When more is revealed, we do not have a false crisis, but instead, thinking through, the next move is the most logical,.  Every step forward is with purpose and, while not obvious, intelligently connected to the resolution.  Details are there, but they are not obvious.
The pacing for this film sets a template for the following films.  It is frenetic at times, reserved at other times, but overall, we have a good, and almost great, starting point.  Liman has a hand in the other two films as producer, creating a cohesion that makes this one of the strongest series of recent memory.

Best Sequence – The best moment in this film is, surprisingly, one of the quietest moments.  The scene in the hotel where Bourne coaches Marie down to the step.  Waiting outside, he gets nervous when she misses her cue.  Why she misses it is a moment of pure gold. 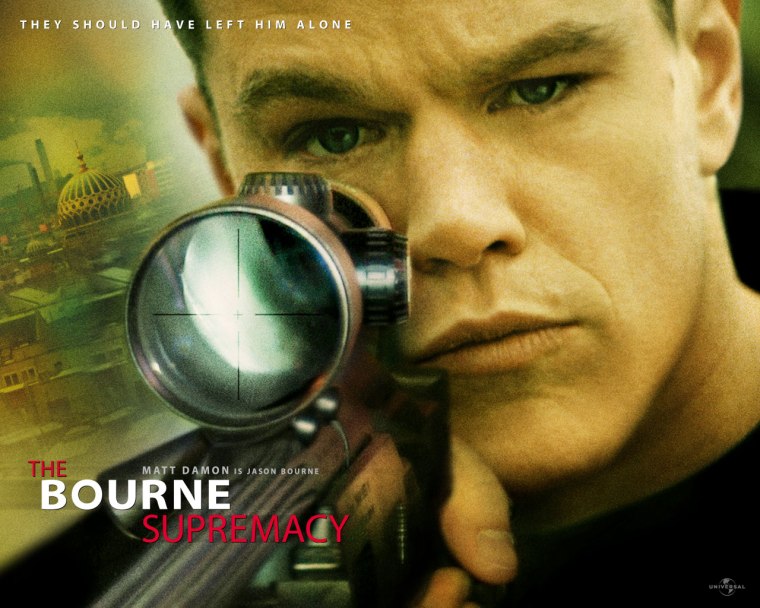 With these words, we have Jason Bourne unleashed.  The movie, more importantly, the series, takes a turn that prevents it from being the same movie again to something entirely different from we have seen before in an espionage thriller.  Even more, what could have been a simple tale of revenge is made into something more.  Damon’s acting ability is pushed to the minimalist ledge, as we are parsed bits of information while the story unfolds. He becomes more human as his machine-like skills get sharper.  His mission is intensified and cemented in cinematic history under the unparalleled directing skill of Greengrass.  Unique camera angles, quick cuts and a soundtrack that ratchets the story while making an incredible amount of sense.
The acting for this film is incredible.  Joan Allen as Landy is a master stroke replacement for Cooper.  Cox becomes even more wily and dangerous as his cover is blown and he exists right out in the open.  The scenes between the two have a wonderfully dense garvity.  Julia Stiles begins a luminous journey as well that will carry on into the last act.
The fight scenes are remarkable.  Unlike Bond films that need ridiculous gadgets that people with lab coats work on, we see Bourne improvise.  There is a fight scene where he literally uses a magazine as a weapon that is exhilarating as it is awe inspiring.  As a renegade from the secret world of those who want to hold power, Bourne gives a glimmer of hope that some shred of humanity can defend us from them.

Best Sequence – The fluid action scenes were a new way to view action and there is much to gawk at in this film that is remarkably well put together, as far as action goes.  Yet it’s a simple act of atonement at the end of the film that stands out for me.

Landy: “You start down this path, where does it end?”

Starting slightly before the end of The Bourne Supremacy, we find Bourne suffering still from flashbacks, this time further back during his training.  It is a journey designed to take Bourne back to where it begins, as he promises Marie’s brother.  This time, everything is touched off with one word; “Blackbriar.”  This, of course, is represented first by Cox’s Ward Abbott in front of an unnamed committee at the end of the first film.  Countering Bourne at this time is Strathairn, playing Blackbriar director Noah Varson.  The game of mental chess featuring the two brings a terse, fulfilling conclusion to the series.
The overall feeling of the film existing though crowded streets and out in the open in general keeps the tension alive and real.  The scenes are cut with a precision of a master in a style that has been imitated by hacks like Tony Scott, but never duplicated.  In Jason Bourne, Greengrass has one of the best assets available.  He gets calmer, more deadly and precise as the circumstances dictate one might do the opposite.  This helps to counter the paranoid feeling of being surrounded by technology which is designed, seemingly, to keep power in the hands of those who’ve become comfortable abusing it.  Greengrass’ skill as director is to bring the complexity of a dense plot and break it down to a moment by moment survival.
Back in the states, we again see Joan Allen’s Landy matching wits with men who think she has no clue.  That she can figure it out on the fly and, by now, become an asset for the good is delicious.  Stiles’ agent Parsons makes an even bigger commitment, hinting, but not bludgeoning with the idea that the two have a past.  The most remarkable thing about The Bourne Ultimatum is that, for all the physical confrontations that he undertakes, he does everything he can to avoid killing.  The violence is as desperate as it is brutal, but it always serves a purpose.
Damon’s acting here is a steady progression since the first film, and it reveals a contemplative side so gradually, you are pulled in with him, instead of dragged along with him.  Undoubtedly one of the best performances in an action film series in the history of cinema.
The soundtrack created by John Powell, even more than in the first two films, is intense, brilliant and memorable.  Moby’s excellent theme song says Bourne as well as anything else in the film.

Best Sequence – The chase scene in Tangiers excels on so many levels and at such an exhaustive pace.  It is a scene made more resonant with Bourne’s desire for redemption after Marie. 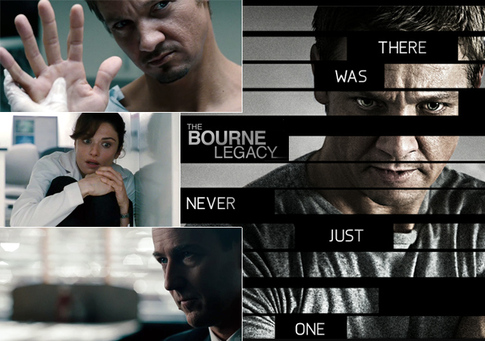 Best Sequence – Moving over the rooftops of Manila pursuing Marta as he is unwittingly pursued himself.  Incredible pacing and a walloping conclusion.