The Devil’s Double – 2011 Directed by Lee Tamahori Starring Dominic Cooper, Philip Quast, Ludivine Sagnier, Mimoun Oaïssa, Mehmet Ferda Screenplay by Michael Thomas based on the autobiography of Latif Yahia One of the critical praises of […] 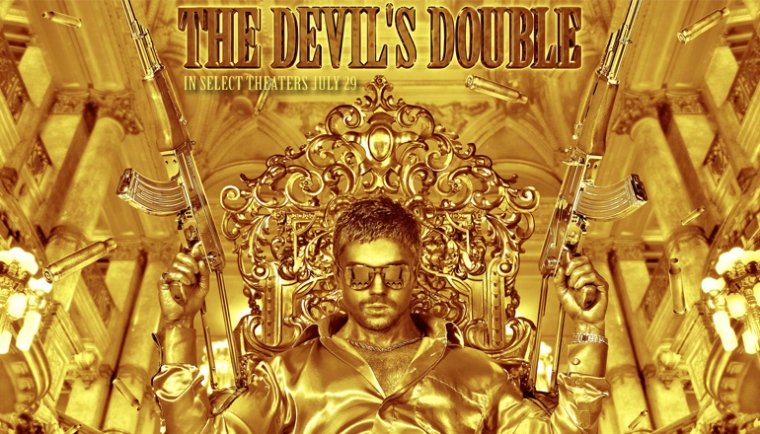 One of the critical praises of this film used on the cover of the DVD is that The Devil’s Double is like a combination of Goodfellas and Scarface.  Goodfellas in the faintest sense, perhaps.  Comparing the real life atrocities of a murderous son of a tyrant who desecrated Iraq with his filth for decades to what amounts to a comic rendition of the Cuban mob in America is to trivialize the amount of pain and suffering he caused.

It’s a subject that I could have lived without seeing visualized.  The raping, beating and killing of young girls and the defiling of virgin brides does not rank high upon my list of “must see.”  Tamahori’s other work is good enough to see if he could handle a classless subject with any amount of grace.  For the most part, he handles it decently.

The story is about one of Uday Hussein’s chosen body doubles, Latif Yahia (both played by Cooper).  Chosen out of the Iraqi army in 1987, he is subjected to Uday’s whims, which include debauchery, abuse of those around him and insane threats to anyone who will listen.  Along the way he meets one of Uday’s women, Sarrab (Sangier), who will become a temptation Latif doesn’t try real hard to resist.

Cooper plays both sides of the same coin in decently enough.  There is an authentic sense of helplessness that Latif must have felt in his position, watching everyone else in his vicinity trying not to look while Uday acts like a moron with a gun.  As with most unverifiable biographies, we see moments of bravery by the protagonist, where he stands up to the monster and survives.  Anything he is told not to do, like, you know, sleeping with the mad man’s women, defying him openly, trading blows and (eventually bullets) with him, while living to see another day.

Whether you see this or not depends on your desire to see the stuff that you heard about while Bush and Cheney started the invasion of Iraq.  Tamahori avoids the gratuitous stuff, for the most part.  If you really want to avoid all of it, then close your eyes when you see an electronic carving knife.  There is no doubt that some, if not all of what you see Uday do is true.  The suspension of disbelief is for what we get to see the little people do.  While it’s hard to be sure if it is true, one can’t be sure if it’s worth pondering by now.