Skip to content
Trouble with the Curve: No middle ground
3 Stars

Trouble with the Curve: No middle ground 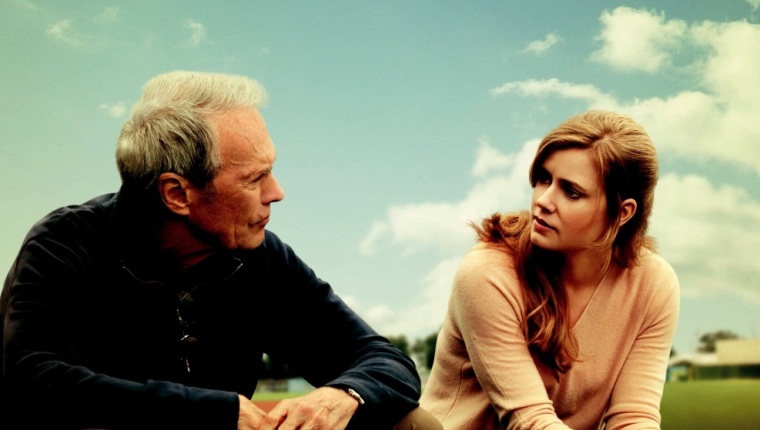 Early on, there is a scene where baseball men are talking in the organizational offices of the Atlanta Braves.  The discussion is revolves around whether Gus Lobel (Eastwood) uses a computer.  The guy leading the charge, Tom Silver (Lillard) uses them exclusively, and thinks it’s time for Gus to leave.  This guy named Vince (Patrick) who is the boss, looks like he’s really taking Silver seriously.  Lobel’s buddy, Klein (Goodman) is arguing, the other side.  Vince gives a time limit.  There seems to be no middle ground.  Most decent execs might use a combination of both.  Only in the movies is it ever winner take all.

On the other side of the Lobel family, we have Gus’ daughter, Mickey.  As an aspiring young lawyer, she is on the verge of being a partner.  She gets word that her father needs her help.  This word is not from her father, but Klein.  He works on her conscience and then after some research, decides to take a trip to help her father out.  After working without weekends for 7 years, her firm bristles at her taking a few days off.  Again, no middle ground.

The interesting thing about Eastwood at this point in his career is that most of the people he’s worked with over the years fit into the screen with him just fine.  They all lope along casually, passing jokes back and forth, shooting the breeze.  There is a time or two you get to hear him grouch off .  Once we even get to see him threaten the life of someone hitting on his daughter.  This is you getting your money’s worth in an Eastwood film, circa 2012.

Add Amy Adams and Justin Timberlake (as former top prospect turned scout Johnny Flanagan) into the mix and you have the pot stirred a bit.  I like the way Adams works with Eastwood.  She is tough and a little scarred, but not so much that she won’t enjoy her home run trot off of him after a game.  She is believable as a lawyer and as a baseball savant.

Timberlake is the grease that gets the wheels to working.  He goes down easy and lets the film come to him.  He’s done a lot of movies by now, and he’s at home, even with an average script.

By average, I mean that there are plenty of telegraphed moments, along with some arm-chair psychology.  The prized prospect has to be seen as a complete moron, even if they hide the hitch in his swing.  That’s not even mentioning Silver.  No middle ground.  But then, we’re not looking to cure cancer.  We just want to see women and men who like baseball go to the theaters.

Clint had claimed that Gran Torino was going to be the last time he was on the screen.  That would have been a fitting end, given how that one ends.  Bringing him back should have been a monumental film, especially with his epic career post-In the Line of Fire.  The elements are here for a wonderful film, and the leads do a great job.  The rest of the film does not reach that level, even if it is a comfortable watch.