Skip to content
Skyfall has a gritty and majestic sweep
Action

Skyfall has a gritty and majestic sweep 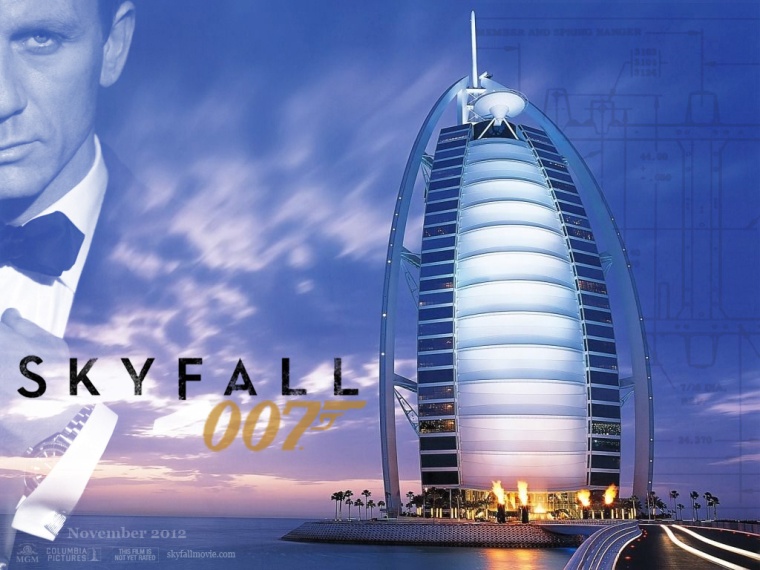 Directed by Sam Mendes
Starring Daniel Craig, Javier Bardem, Ralph Fiennes, Dame Judi Dench, Naomie Harris, Bérénice Marlohe, Albert Finney, Ben Whishaw
Screenplay by Neal Purvis, Robert Wade, John Logan
50 years is a long time.  The distance from the first Bond film, Dr. No, and the legacy of the films of Daniel Craig may as well be a half-life.  After spending the winter going over the Connery collection, it is amazing that the product from the 60’s is in any way related to the latest Bond, even if Craig’s Bond is nearly as primitive as original.  It’s star is more about brutal, “blunt” force than about gadgets and devices.  He has them, but they don’t need embellishment.  There is even a clever moment when, after 2 films, we finally meet Q (played with humble wit by Whishaw), which we discover stands for Quartermaster.  The first 2 experimental items are “a gun and a radio.”

Another significant evolution of the Bond series is the character of M (Dench).  Since her introduction in Goldeneye, M has been a character who does more than introduce Bond to his missions.  Dench is too good of an actor to waste on exposition only, and her performance is like adding an altogether new color to the palette of the series.  This has never been more true than in Skyfall.  In fact, much of the film is centered around someone who is insistent that M pay for her sins.  This special someone has an intimate knowledge of the policies and procedures of MI-6.  These policies and procedures apparently don’t change very often, either.

After a rough start in tracking down the bad guys, Bond is forced to undergo field testing which he fails, unknown to everyone but M and her number 2.  M is under fire as well, knowing that her days are numbered since the most recent botched mission.  Her leap of faith in passing Bond anyway is designed to help right the ship.  The ship keeps sinking, but like the guys in the band on the Titanic, Bond keeps right on playing.

Mendes first entry into the Bond series is a beautiful film.  The tension is wrought for the first 3/4 of the film until an absolutely thrilling gunfight in a cloudy room.  There are some brilliant sequences, including a fight on a train and a perfectly silhouetted fight atop a high-rise.  He is perfectly at ease with ripping out the comforts of the viewer used to seeing Bond on the offensive.

His style works in fine tandem with the story, written by Bond veterans Purvis and Wade, along with newcomer John Logan.  The relationship between Bond, M and the rest of the staff at MI-6 is more of a living thing and less a series of one liners.  They were getting there in the last few Brosnan films, but that development was cut short.  It is nice to see that it was allowed to move further with Craig.

As Silva, Bardem is less a meglo-maniacal visionary than what we are used to seeing.  His introduction is a masterful scene, as he does more with words than any other villain in Bond history.  That those words explain most of the plot is of little consequence, as it is still a thrill to see most of what follows.

The film lets up in the last quarter, however, when the genre moves from espionage to a combination of A-Team and MacGyver.  There are guns, knives and sacrifice, but it does not amount to the ending the rest of the film deserves.

Craig, for the 3rd time, does not disappoint in any way.  His pride and brutality belies intelligence that is equal to any Bond that came before him.  His reaction to the changing scenery of MI-6 is amusing, but never cheeky.  There is a lot more violence than we’ve seen in the past, but he is more invested with the events than anyone before, including Connery and the underrated Brosnan.

Skyfall is a beautiful film, and will be watchable for years to come.  While not the level of the first Craig film, it’s at least as good as Quantum of Solace.  There was a missed opportunity here, but one can’t hold it against them.  At the very least, you can tell they are moving forward, giving it an honest effort and succeeding brilliantly, for the most part.