Skip to content
21 & Over is good crass comedy
3 Stars

21 & Over is good crass comedy 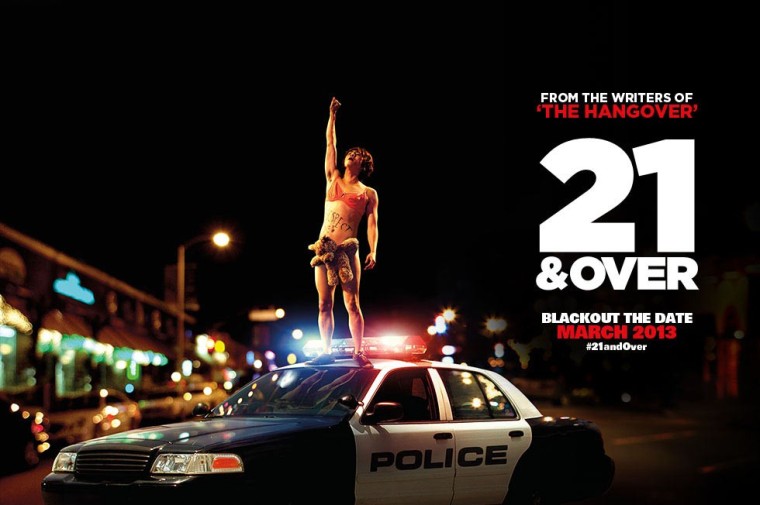 How many times has this movie been made?  Twice, maybe three times a year.  Young, seemingly responsible kid (Justin Chon) out with friends for one more night of wild debauched fun before some arbitrary deadline.  The writer / directors of this feature made their name writing the same formula with The Hangover.

There’s always one Bill Murray type (Teller) who insists on getting the party rolling, even though Murray never had a movie where he did this.  Then there is the reluctant middle friend, who balances the other two.  The sensible one (Astin) caves at the right moment, even if no one else in a similar situation ever would.

There are tense times coming up for two of the three here.  The conservative one, Jeff Chang, is getting ready for an interview for Medical School that his father (Chau) expects him to ace. Miller (Teller) pushes them out on the town and Casey (Astin) is a half-willing accomplice. While out, they meet the love interest (Wright) and her boyfriend, who is a real tool.  Hi-jinks ensue and rarely let down for the next hour.

Whether you like what follows depends mostly on whether you like the principal actors.  Astin is one of the biggest reasons Pitch Perfect was such an organic success.  He is the best thing going for 21 & Over. He has an ability to look like he is having fun and still keep up a sense of rationality.  He is equally effective here, but perhaps it’s because the rest of the material is so-so.

Miller is good, too, even if most of his persona does not rise above the cliche.  The constant reference of Chon as “JeffChang” seems forced when they come from him.  Chon himself spends most of the movie in a stupor, but he has a few clever moments, particularly when he “gets down” on the car.

Sarah Wright has real chemistry with Astin.  Part of this is Astin’s complete mastery of the dialogue, but she is really good.  Beautiful, too.  When one sees them interact, it’s hard to think they are not falling for one another.

All of this is as pleasant as it is disposable.  There are some signature moments, and just as many forgettable ones.  Anyone who’s looking for a fun film that may be a little crass will like this one.