Skip to content
Evil Dead remake is better than the original
3.5 Stars

Evil Dead remake is better than the original 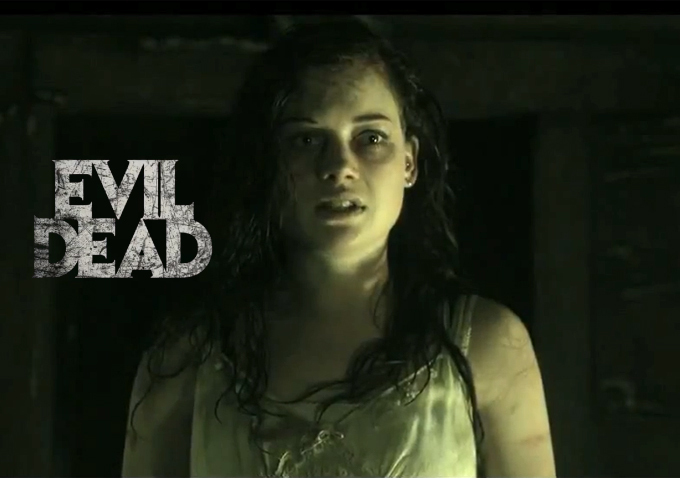 Who ever comes up with the idea of going to a cabin in the woods for entertainment?  If everything goes well…you end up bored and surrounded by trees.  In the remake of Evil Dead, the reason is at least one of plausible intent: to help Mia (Levy) get out of a drug habit.  So even if almost every one who accompanies her looks like they come from a fashion magazine, at least it’s not for a vacation.  Then it makes sense that they wouldn’t go home at the first sign of trouble.

Just like in the original, trouble comes in the form of a book sitting downstairs sitting amongst a shotgun and an assortment of dead hanging cats.  An idiot (the long hair and glasses guy, minus the understanding) takes the book and opens it.  Everything in the book stands out with a warning to close the book and ignore its contents, so of course, long hair glasses minus understanding guy plows right on ahead.

Thankfully, though, he suffers mightily for his misdeeds.  So much so, I am stunned at the amount.  The rest of them suffer too.  This is one of the most relentless films I have seen in a while, and it makes much more sense than does the original.  It does not make it all that much better in the long run, but I would sooner watch this than the first two Sam Raimi / Bruce Campbell opuses.

In truth, I have often wondered if the original was like some sort of brutal Jazz that I just would never understand.  It must have been something, though, if producers saw Raimi as the kind of talent that would eventually make the Spiderman Trilogy and Oz The Great and Powerful.  Even so, Raimi is one of the producers of this film, so he must appreciate the vision of the filmmakers.

Standing on the shoulders of the original, Alvarez, Sayagues and uncredited Cody crafted a sensible and uncompromising tale that plays no favorites and goes easy on no one.  There is little building of tension.  It’s really more like tension overload.  It never fails to entertain, even as it goes  back for one more scare.

The result is enjoyable for those who like well-crafted horror.  There is little chance that you will be disappointed by this film, even if you may not feel the need to see it again.