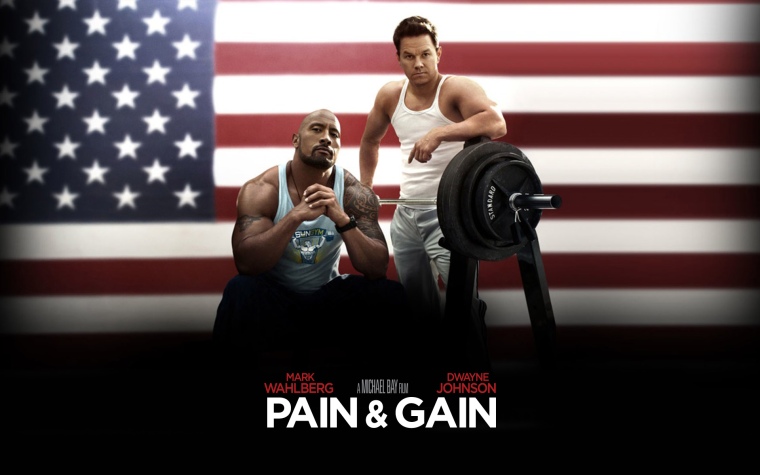 Let’s not get down to the nitty-gritty on this.  No one will benefit from knowing whether the events in the movie are true or not.  What is remarkable is the type of narrative that would stop in the middle of absurd action to tell you that everything you have seen to that point is, believe it or not, true.  Whether it is true or not, what a great line.

As Daniel Lugo and Paul Doyle, Wahlberg and Johnson are a couple of sides of beef directed by Bay, another side of beef.  Bay has gotten a free pass for some crappy movies (Bad Boys, Armageddon), gotten slammed for crappy movies (Bad Boys II, Pearl Harbor) and has been bypassed for credit for some not so crappy movies (The Rock, Transformers).  To his immense credit, he understands his role in life, even if he never shoots any higher than that.

This movie details another crime, or a couple of them.  The lengths that the duo goes to avoid common sense is what makes the movie work.  It’s not great, by any stretch.  It is certainly better than most of the work Bay’s been involved with.  Normally, Bay follows a plotline like a cat follows a red laser.  It does not matter if it goes in a straight line, it’s just bright, red and shiny that counts.  He jumps around, chasing the elusive common sense, and it works within the framework of the plot.

Wahlberg is a known commodity.  His efforts, in films good (ted) or bad (Date Night) are consistently entertaining.  He knows what the audience wants, and he injects acting into that quotient.  The Rock is less reliable, but here he does a commendable job.  I am not sure any other actor could be as believably funny with a wound to his foot.  Anthony Mackie and the consistently excellent Shalhoub are equally effective.

There are moments that will be unsettling, especially if you are queasy about holes in feet, some torture and a loose association of body parts.