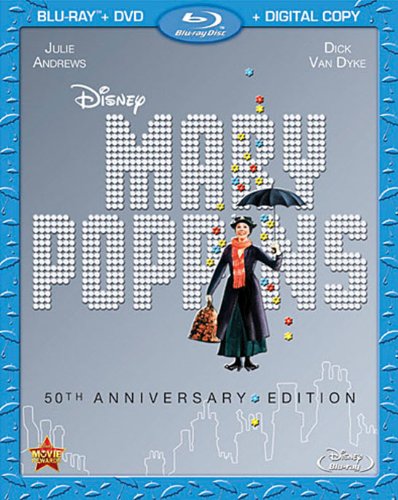 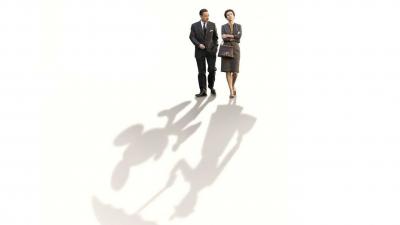 I avoided watching Mary Poppins for years, in part because it was so often on in our house.   My sisters, a set of twins four years older than I, were always looking through TV Guide for showings of that, Sound of Music and other musicals and dropping suggestions for Mom and Dad to watch them on the house’s lone color television.  Throughout the years, I was able to catch the film in its entirety, but not ever in a single setting.  It didn’t help that Dick Van Dyke had perhaps the single worst English accent in recorded history.  I could not stand 5 seconds of his cloying attempt at low rent British.  Indeed, to this day, Van Dyke sets a standard for bad accents on film.  Even Costner did better in Robin Hood: Prince of Thieves.  And he didn’t even try.

That Van Dyke’s accent and somewhat daft character keeps Mary Poppins from being a perfect film is a given.  How much it detracts depends on:

Dick Van Dyke was at the top of his game in the 1960’s.  In the midst of his classic television run with Carl Reiner and Mary Tyler Moore, Van Dyke had the physical comedy thing down pat.  He could also get a point or two across Andy Griffith-style.  It’s understandable that Disney would want to work with him.  It is equally understandable that Travers would think him all wrong for the role.  Just think what Guinness could have done as a Chimney Sweep with an imagination.  On the other hand, could Van Dyke have better succeeded had he just played an American?  It would have taken another line or two of dialogue at most and would have allowed a little more room to play the character straight.

That goofy accent, however, precludes playing Bert as a normal person, or even just a slightly obtuse Cockney.  Van Dyke blamed his accent teacher, who was Irish. So comically bad is his accent, they just go with screwball, at the cost of a real, understandable character.  Even the one scene where he “teaches” Mr. Banks the error of his ways is like something out of Awakenings.    The fog temporarily lifts, and we see someone who comes out of the dark, speaks cogently and then drifts away.  The rest of the time, watching Bert feels like watching something fly over the cuckoo’s nest.

Much like the stubborn millions that insist The Goonies is something other than an insult to every child’s intelligence, Van Dyke gets a pass for Bert.  Many have a warm spot in their hearts for this lovable goof.  Giving credit where it is due, Van Dyke did a good job singing and hoofing it.  It’s hard to imagine the rooftop dance scene without him.  It is very conceivable to imagine Mary Poppins having little room in her life for this Jar Jar Binks, even if she can appreciate the differences between he and Mr. Banks.  So can adults look past this character?  I couldn’t, even as a kid.  There was nothing to identify with.  My father was a serious man, who often told jokes.  To me, Bert seemed like a joke, with no capacity to be serious.  This did not improve when I finally watched the whole thing.

It’s a shame, too.  The rest of the movie borders on genius.  Andrews deserved her Oscar for her quick wit as much as her stellar singing voice.  Glynis Johns is brilliant as a apparently daft mother, Winifred.  It takes no more than 5 minutes to become convinced of her genius.  As a father now myself, I identify with Mr. Banks as Walt Disney does.  The music, as contorted as it makes things for Van Dyke, is classic.  Several of the songs, aside from that ridiculous Uncle Albert business, are memorable from first listen.

Speaking of Uncle Albert, the most interesting thing about that part of the film, which really has not aged well, is that the old goof is played by Ed Winn, who is primarily known as the father of Keenan.  The whole scene and Ed’s voice is so off-putting it gives me concern that children would ever be allowed to be alone with him.  It’s the voice and look that fills nightmares.

When one weighs the real negatives versus the positive, Mary Poppins is a good film, overall.  Just not the great one its been given credit for.  It does, however what it is supposed to do for most who see it.  It restores hope.

Saving Mr. Banks is the kind of film that brings life to Mary Poppins the same way Hitchcock reintroduced the world to Psycho.  There is some magic in the air, but it’s partly dampened by Thompson’s portrayal of P.L. Travers.  She really puts the “ice” in nice.  There is a reason she’s such a sweet person, and that’s for us to figure out through a series of flashbacks.  The general story is Travers’ childhood spent with her very nice and attentive father (Farrell).  As we draw the curtain back, we discover more about her family.  The tension is unbearable even after the inspiration for her titular heroine arrives on the scene.

Back in the present of the 1960’s, Walt Disney (Hanks) is trying to woo Travers into signing over the film rights to her precious commodity.  He brings her to California in that very pursuit.  This part is first in the long line of made up stuff about the film.  In real life, she’d already signed over the rights to the film.  Notes from the consultations that took place during the visit are reasonably accurate, however.  This includes her objections to the hiring of Van Dyke, the use of animation and her perception that the harsher aspects of Poppins’ character were watered down.  The film does a decent job of showing Disney’s firmness on these points, but the order of the signing has a lot to do with his actions.  In this sequence, Disney seems much more bold.

One of the most genuine aspects of Saving Mr. Banks is the relationship between Travers and her driver, Ralph (Giamatti).  This is an easy sequence of interactions from two incredibly talented veteran actors just doing what they do.  I think the film would have been better had they handled it purely from that aspect and ditched Disney altogether.

This is not to say that it isn’t fun to watch the Disney studios in action during their heyday.  The architecture of the lot is a joy to behold.  There is a reason the world of entertainment went through Disney by then.

Saving Mr. Banks does not tread any new ground, but it doesn’t tread in maudlin territory either.  It’s accessible and it gives you a little in depth feeling for the spirit of the beloved film.  How much of it is true depends on your willingness to suspend disbelief.  The saddest thing about Travers life is not touched upon here, and with good reason.  Upon her death in 1996, Travers was given the following description, according to her grandkids.

Travers “…died loving no one and with no one loving her.”

I hope to God that’s not true.