Skip to content
This is not your father’s Robocop, it’s your younger son’s
3.5 Stars

This is not your father’s Robocop, it’s your younger son’s 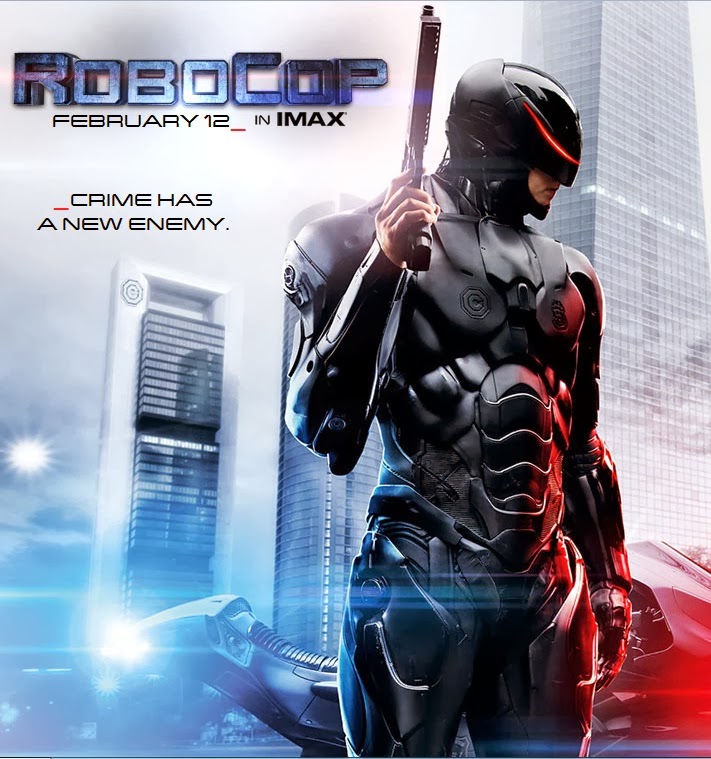 Poor ED-209.  Never has there been such a cool looking law enforcement officer destined only to be the sucker.  In both the original classic and the good, but softer remake, ED-209 performs as the Washington Generals to Robocop’s Harlem Globetrotters.  Even if he and several of his brothers get the lead, there is no way he wins.

“It’s the illusion of free will” is the conclusion the makers of Robocop decide they have arrived to as they watch his creation mow down a bunch of other robots (ED 208’s if you are curious) and one of their commanders (Earle Haley).  His creation is, as it was in the original, a cynical attempt to buttress corporate greed. Omnicorp’s CEO (Keaton) wants to get more of his robot armed forces available in the U.S..  The automaton forces have done a decent job in the rest of the world, but here, they seem a little too much like drones.

The filmmakers give ironic codes to imply who is good and who is Republican.  The senator who is against the drones, Dreyfus (aka Richard) has a bill that was passed prohibiting their implementation.  On the other side, we have a TV Pundit Pat Novak (Jackson), who has a show called The Novak Element (O’Reilly Factor) intent on siding with corporate interests and against liberty.  If only the irony was funny and less politically misleading.  No one wants to see an action film with politics in it these days, much less lazy politics.

For those who don’t know the story behind Robocop, Det. Alex Murphy is nearly killed by bad guys, and then resurrected by Omnicorp.  This resurrected version becomes an almost unstoppable crimefighter.  His only weakness is that he is too good at his job, and finds people too high up the chain.  There are some differences between the incredibly graphic original and the new, PG-13 version.

To my surprise, I discovered that I liked some of them.  The new version strikes gold when supplying Murphy with tasers in order to subdue bad guys without having to decimate them.  I also like that he is aware of his family and past life, for the most part.  I never have been able to buy into the memory wipe concept.  Gary Oldman, Michael Keaton, Jennifer Ehle and Samuel L. Jackson are some heavy hitters to throw into the mix for what mostly amount to character roles.  I loved that it’s still Detroit that is the cesspool.  They called it back in the 80’s, and it came true.  Might as well stay with it.

Ultimately, though, the film is a lighter touch than the original.  Kinnaman lacks the charisma to even top Peter Weller, and that’s saying something.  Perhaps if he had more screen time apprehending criminals, some of the lines borrowed from the original (“Dead or alive, you’re coming with me…”) would feel more organic.  Abbie Cornish does not bring much to the table either.  There is not one bad guy who can even hold a candle to Clarence Boddicker (Kurtwood Smith), not to mention Ronny Cox’s Richard “Dick” Jones.  There is very little in this film to supplant memories of the original.

That said, if you liked the original, but don’t want your kid to be exposed to the violence it engenders, try this one.  The original should definitely not be seen by anyone under the age of 17.  This movie is for anyone under that age.