Skip to content
Belle (****) is a beautiful complicated being
4 Stars

Belle (****) is a beautiful complicated being 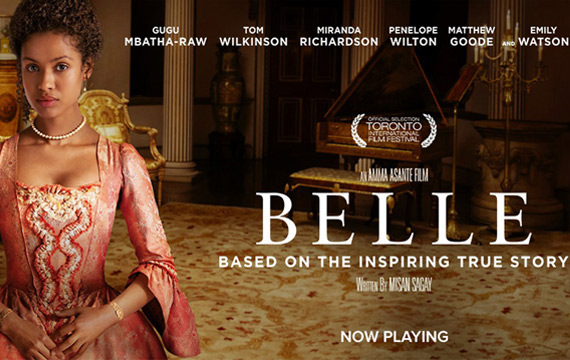 Belle has a premise quite unlike any I have seen.  This is not to say that there are no films that have covered the idea of race, freedom and proper British society in the 18th century, but none has ever crossed my path. The film derives from a strikingly unique portrait of Dido Elizabeth Belle (Mbatha-Raw) and her cousin, Elizabeth Murray (Gadon). Not only is there an obvious bond of affection between the two captured in the portrait, but the importance of the painting derives in the mulatto Dido’s eye line is exactly parallel to that of her white cousin, which is something that did not happen by rule, even in civilized Britain of the time. The true details of her life are quite well documented, but the facts don’t contribute to the story being told here. This is quite alright, though. 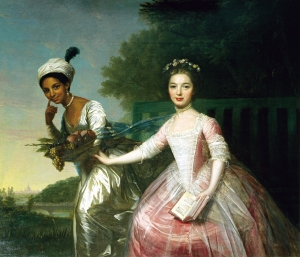 Our story kicks off in 1768 (1765 in real life) when Dido is delivered to the care of his Uncle William Murray (Wilkinson), 1st Earl of Mansfield.  Her father, Sir John Lindsay (Goode), is a captain of the HMS Trent, and this prevents him from taking her with him.  Her mother, his love, Maria, was an enslaved African woman that he met in the West Indies who passed on, prompting Lindsay to England and recognizes her as his natural heir.  This places a conundrum for his Uncle, but he dutifully accepts Dido as his ward and indeed treats her as his own.

The trick of Belle is in propriety.  John Lindsey ignored what was proper for the time by having relations with a slave, and he further bucked society by proudly proclaiming his love for his daughter. Then he goes away, and never really makes his acquaintance of his daughter. Meanwhile, William and his wife Lady Mary, voice their concerns over how all of this will go over in proper society…then they spend the next 3 decades as her wards, educating her and raised in their house as a fellow aristocrat. There are limitations to this situation, however. When entertaining others of their rank, Dido is forced to eat by herself.

It’s a question that is never answered openly, but we see it answered nonetheless. William and Mary have an important role to play. They are constricted somewhat in their outward affections by their role and his job. He is the most powerful judge in England and cannot seem to be compromised. This is important because the local vicar’s son, John Davinier (Reid), is interested in apprenticing under Murray. His position on some key cases (Zong massacre and Gregson v Gilbert) has him seemingly crossing swords with Murray.

In the periphery, we have Elizabeth, searching for a husband. This is difficult because, unlike Dido, Elizabeth of the film is not legitimized (again different from real life), so she has little value to would be suitors. The primary suitor James Ashford (Felton) is basically Draco Malfoy, the suitor.  His presence really outlines how worn this particular plotline is, compared to the integral matters being tackled elsewhere in the story. Of course Draco’s dad is part of the pro-slavery movement, and they are trying to leverage weight of betrothal into a winning combination at court.What is interesting is Draco’s brother, Oliver Ashford (Norton) seemingly loves her only for her. This is something I wish could have been pursued more aggressively.

The film is a rewarding one, in particular for the performance of Gugu Mbatha-Raw. Her face and body are so expressive, she gives everything she has to the viewer to the point where her journey is ours. She is going to play Alicia Masters in the new Fantastic Four, which should be a big upgrade from Kerry Washington in the first go-round. Gugu has an extensive background in British Theatre, Television and Radio. Hers is a star on the rise and rightly so.

Wilkenson and Watson give performances equal to their stature. To say they are old pros is a slight to how effective they are. Knowing that either of then are involved is a major selling point to any film.

Asante’s direction is well paced and nearly flawless. That she falls into convention is really more of a product of the time. Certain scenes are always required to create atmosphere and its no real big sin that we have to watch more than a few formal dinner parties. Mercifully, though, she keeps them short and to the point. The musical score, by Rachel Portman, is at once exquisite and driven.

The thing I am most thankful for is how Belle opened my world just a crack. Life is forever becoming and forever learning. Something as simple as paintings  with black people looking up to their white counterparts never would have occurred to me, until I saw it through Dido’s eyes. I know Dido and Elizabeth are much more than a painting. For that I am thankful.