Skip to content
Jason Bourne (**1/2): It all ends tonight…until the next movie
2.5 Stars

Jason Bourne (**1/2): It all ends tonight…until the next movie

“This is not like Bond. We aren’t just changing locales, women and suits here. It’s not as gadgetty or as funny as the Mission:Impossible films became after the 2nd one, either. While those film franchises used the intensity of the Bourne franchise to catapult into something better, Damon and Greengrass took the reputation well earned by the earlier films and traded it for some quick cash as a mid-range summer blockbuster.” 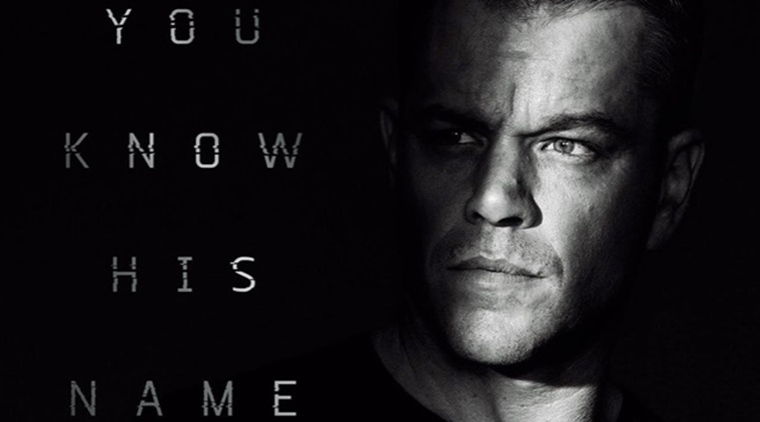 Well, they lost it. What they had in the first three films is definitely gone. Not even the somewhat maligned but still great 4th entry, The Bourne Legacy can be touched with this one. At this point the Bourne franchise is treading water, and not even like a pro. More like doggy paddling.

So they brought back Greengrass and Damon. They did not consider Gilroy or Renner. The evolution to the Bourne premise introduced could have made an interesting twist. Not interested in that, they chose to instead re-write a greatest hits of the original trilogy, replete with the “assets,” the suits they work for, a female agent who is making up her mind and the continually swift moving but minimalist approach by an actor capable of expanding this character much more by now.

Bourne (Damon) is working the Philo Beddoe circuit, sans Clyde the Orangutan. His fights are quick, because that looks better in the commercials. It takes a bit longer to beat the guy when he is contacted by  his former Treadstone co-agent Nicky Parsons. She tells him that he thinks he knows everything but…there’s another layer. This layer included his dad, who had been killed many years ago. This allows Bourne to stare blankly into the distance and recall stuff about his dad while in between fights and gathering up more intel.

The activity of Parsons gathering the data triggers an alarm that piques the interest of two more agents (Vikander and Jones). There is more monitoring from far distances, then they call in the “Asset” (Cassel) who has a past with Bourne. Even when we discover the connection, it’s inexplicable for the rage that the asset has for Bourne.

Jones is at his least effective here. His bad guy is so lacking in nuance, he could have been played by DeNiro and no one would have known or cared. He’s there to end up in a hotel room, telling Bourne stuff about his duty while Bourne stares blankly trying to figure out if he’s right. You know, like Brian Cox and Albert Finney did.

Greengrass changed out his director of cinematography from the original trilogy’s Oliver Wood and instead gave us Barry Ackroyd. Wood’s skill is excellently suited to the material and frenetic pace Greengrass enjoyed with his previous two Bourne films. Ackroyd did great work for Greengrass in United 93 and also helped with Captain Phillips. He is unable to match Wood’s abilities for Bourne and the result is messy and a burden to watch. There was a horrible decision by someone to release the film in 3D in China (where the format is at about an 80% rate of all films released) and it forced many filmgoers heading for the aisle sick. It almost does that in only 2 dimensions.

Damon hardly registers this time through. His desire to avoid using guns is this round matched by a  reluctance to use words. Eventually we will see Damon in a room knocking people over with his eyebrows. It may be boring when it comes to a plot, but at least it will sell in foreign markets.

I loathe to question the motives of an actor / director combination that has made two of the better action films in the last 2 decades. But hey, these two also made The Green Zone. This film is not good, even if one tries to ascribe to it some relevance for including stuff about CIA invasion of privacy. The message has been done better in the past, and will be done better in the next few months, if Oliver Stone’s Snowden accomplishes what advanced word of mouth says it has.

This is not like Bond. We aren’t just changing locales, women and suits here. It’s not as gadgetty or as funny as the Mission:Impossible films became after the 2nd one, either. While those film franchises used the intensity of the Bourne franchise to catapult into something better, Damon and Greengrass took the reputation well earned by the earlier films and traded it for some quick cash as a mid-range summer blockbuster.

Sure, they wasted Vikander coming off her Oscar win. Even worse, they wasted Riz Ahmed. If you don’t know why that is worse, you probably enjoyed this film.