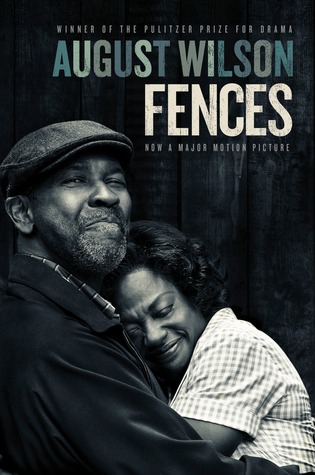 There is a bushel of truth to be gleaned from observing the lives intersecting inside of Fences. There is almost certainly as much bullshit, too. The start of the film has an extremely flawed protagonist Troy Maxson (Washington) coming home from work with his friend Jim Bono (Henderson). Troy is spilling out the stories as fast as he can. Once in a while, Jim will point out little truths about Troy. Troy brushes them aside in time for them to arrive at his home and starts up with the bullshit stories again, this time with his loving wife Rose (Davis) jumping in and out of them with her own tolerant asides to the story. Troy’s stories are not complete fabrications. We get nuggets of true feeling scattered throughout. Even Rose knows to dust a little here and there. All parties know not to damage the illusion of happiness though.

Soon we see Troy’s son – Lyons (Hornsby) from his first marriage, before he spent 15 years in prison. Lyons wants to borrow some money from Troy. Troy is filled with indignant bluster. Rose gives it to Lyons. Troy’s relationship with Lyons could use some work that only a woman who is not his mother is willing to put in. This is a bad sign, but not nearly as bad as what is going on with Troy and Rose’s son, Cory (Henderson). Cory is a star athlete for his high school, and he’s getting some looks by colleges for a possible scholarships. Troy puts pressure on Cory to hold a job, go to high school and work around the house before he can play football, and is ready to pounce when he makes a choice to consolidate any of the options to focus on another. That Troy was once a baseball prospect himself before the leagues were integrated has something to do with this vitriol. Not knowing how to count his blessings and be supportive is another.

We also meet Troy’s brother, Gabriel, who suffered an injury in the Second World War. This injury has made him daft, but it also allowed a settlement that allowed Troy to buy a down payment on the house that he’s been paying on ever since. This was a source of concern for Troy when he had Gabriel living with him. It’s a source of embarrassment now that Gabriel decided he wanted to live down the street.

Troy is a classic Greek figure. He is king of his fragile domain and has a weary hold on what little he has been able to put together from scratch. He is on the verge of making a breakthrough in life when he makes a decision that begins to tear it all down.

It is then that we discover the true backbone of the story and the kingdom, now in shambles, has been Rose all along. Her work has been taken for granted, and so has her heart. She is bigger than Troy, though, in almost every measure.

Washington is as brave an actor as we have been blessed with in many generations. Here he is no different. His choice to absorb the flawed protagonist and make him good, but not all the way good is gutsy. Even more a risk is to allow him to be honest enough to embrace his faults, but not wise enough to understand his true purpose as a husband and a father. Troy is like many men I have known – including my father. He’s a man with faults I also struggle to overcome.

Washington’s best move – hands down – is giving the role of Rose to another of our greatest actors. Davis completely absorbs the role of the woman taken for granted. The breadth of her pain and despair is etched upon every line of her face and captured in the small of her back when she leans over in between chores. I have known this woman in my life, too. It wouldn’t be tough to guess of whom I might be speaking.

The conflict between Troy and his children – as well the constant salve being applied by Rose – gives another powerful demonstration of a truism that doesn’t have to be true. He won’t commit to a relationship with one. He is overbearing to the point of cruelty with another. He is too late for all of them. Who hasn’t felt this as a child and later wondered if they’ve repeated the mistake as a parent?

The rest of the cast is stellar and the story is exceptionally told. If there is a weakness, it’s in the obvious feel of a play rather than a film. This can be forgiven, though. Most probably would not have seen it otherwise. This is definitely one of the best films of the year, with a story that needs to be told, until men can learn from mistakes they see rather than just the ones they make themselves.