It’s understandable that this franchise could go on forever and for no real reason other than people like to see mishaps with painful contraptions. If they really wanted to work as hard at scaring you, they’d work on your mind as much as the eyes. 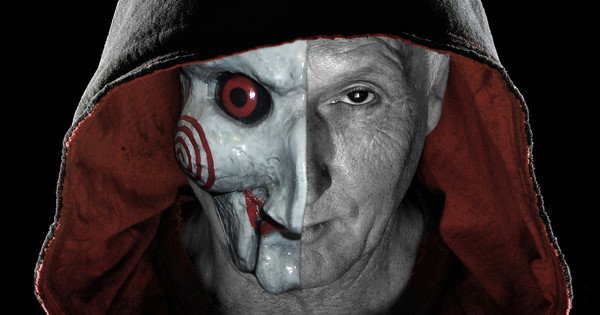 The thing that hamstrings the franchise past episode one is the characters are as entirely disposable as the plot makes them to be. We find vignettes of mostly bland people in distress, in a prime position to die horribly. There is some sort of device that elicits a message from the master of their current position telling them what it is they need to do in order to stay living. It doesn’t promise them that they’ll be comfortable in their possible future existence.

Outside of their prison is even worse in terms of acting. We bounce between flashbacks of those prisoners affecting the life of John “Jigsaw” Kramer in a negative fashion and some extremely bland investigators.  Following both plot lines and their obvious tells is almost always more painful than watching the torturous deaths to which we are chained.

Almost every one of these actors are people you’ll never remember, but for how much they annoy. There are exceptions to these rules. Danny Glover, Shawnee Smith, Ken Leung and especially Donnie Wahlberg added something to the series. Cary Elwes was at least an even trade.

One of the weak points for the series is Bell’s divergent character who is suffering on one side and applying the pain on the other. He’s always played as a reluctant benefactor. It worked to begin with, but by the time they had him on the operating table it was more funny than anything.

This time, ten years gone, we’re supposed to buy the idea that he’s somehow escaped the grave and put one of his fresh victims in the box. Seeing him mope around, viewing and judging from a distance is a threadbare concept now. It’s to the point where its a wonder if he ever saw any simple kindness in his life.

If I never mention any of the acting talent in this film, I would say it ranks right up there along side, say anything produced for Lifetime or SyFy. The toughest part working through these films is fighting the thought that you literally hope most of these characters will die at least as horribly as their acting ability.

For those who like this series, this one will rank somewhere near the middle when it comes to what they want. There are some Fangoria-worthy moments. Most others that are somewhat less inspired. The logic and moral authority is thinner than ever. You really have to reach to find the reasoning even partly valid. The twist at the end has been done a few times by now and it will not resonate at all when compared to even SAW 3D.

It’s understandable that this franchise could go on forever and for no real reason other than people like to see mishaps with painful contraptions. If they really wanted to work as hard at scaring you, they’d work on your mind as much as the eyes.

Which brings us back to the first film. Do more stuff like that. Which is to say, tell unique stories.