Skip to content
Killing Them Softly, because it wasn’t named Hitting one for Ira
3.5 Stars

Killing Them Softly, because it wasn’t named Hitting one for Ira 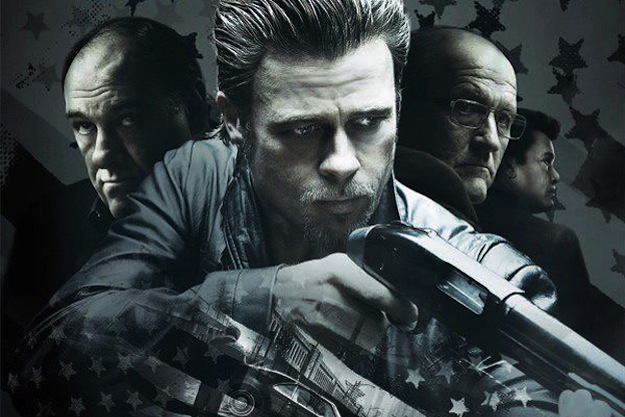 When I was dating my wife, I took her to see the movie Crouching Tiger, Hidden Dragon.  Afterwards, at dinner, I asked her what she thought of the film.

“Well,” she said after a long breath, “There was a lot of fighting…”

So, we weren’t entirely compatible when it came to watching movies.  Thankfully, we found other things to enjoy about each other in the ensuing 12 years.  While watching the beginning of Killing Them Softly, her comment rang through my head.  In this case, all I could think is that there was a lot of talking.  Lots and lots of talking.  It was going somewhere, certainly, but there had to be more economical ways to go about it.  Director Dominik, whose last movie, The Assassination of Jesse James by the Coward Robert Ford was as long as the title, is not one for brevity.

When the words cease and the beating of Markie Trattman (Liotta) begins, the violence begins in a tragically beautiful Technicolor rainbow of blood, rain and vomit.  The visceral reaction to the scene is a feeling that the viewer is seeing an real beating.  It’s unsettling, but impossible to turn away.  It gets the point across.  Sadly, though, this is not the end for the poor bastard.

There are many such points in Dominik’s film.  Breathtaking visuals of violence that take the viewer at all speeds.  In between these moments are healthy doses of dialogue, some funny, some drawn out and boring, often in the same soliloquy.  The hardest stretch is watching Mickey (Gandolfini) slowly falling apart, when he’s really just in town to do a job for Jackie Cogan (Pitt).  Watching Gandolfini overact with a thousand words makes one long for the days of Get Shorty, where he could steal a scene with a glance.

For his part, Pitt is in total control.  He is funny, cynical and always entertaining.  He treats the dialogue like it’s not poetry, and the effect is mesmerizing.  He has rarely been better.  The rest of the cast is on par with Gandolfini, only a bit more entertaining.  The script is intended to create characters, and it makes a good run at it.  This serves to create more of a shock when they meet their fate.  If it was less predictable, it would be more effective.

The best scene in the film involves Mendelsohn and McNairy while the former has taken a hit.  We see from his perspective as he fades in and out, passing essential information.  As he starts to fade, he is awakened, slightly, by his partner.  It’s the variety that counts here.  The effect is hilarious and captured perfectly.

In the midst of this back and forth between words and action, we have a background noise of Obama, Bush and other politicians making excuses for the 2008 bailout.  It’s a charming backdrop to a mobster story, when we are seeing in graphic forms the reaction to small time versions of the thievery that these guys are doing on a grander scale.  Now the president is intent on removing the small arms that make stories like this a reality in any society.  He’s got armed security to back him up.  The guys in this story, have a vague promise of police support in a free society.

This notion is succinctly exposed with one line, in this film of many such lines: