Skip to content
About Time: Most Charming and Clever
5 Stars

About Time: Most Charming and Clever 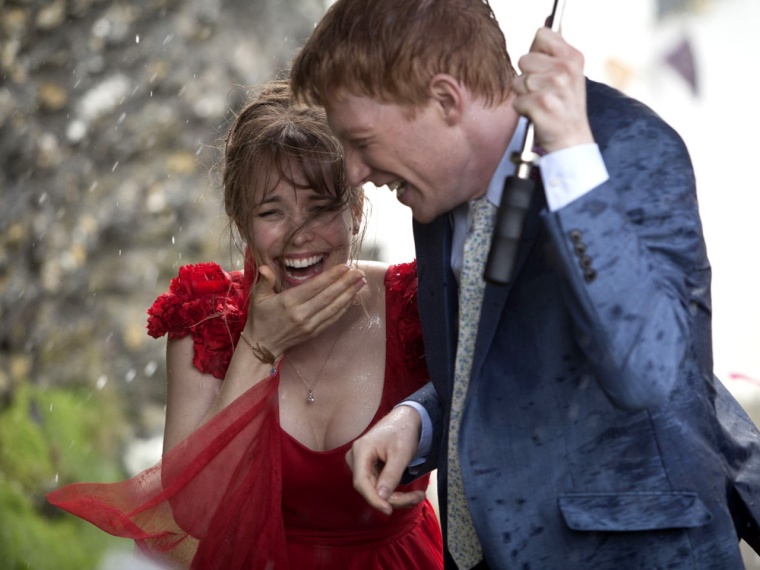 Meetings in romantic comedies are hard to do well.  So many of them giver the appearance of cleverness, but instead have been used so many times they have worn a path on the brain of the common viewer.  About 20 minutes into Richard Curtis’ About Time, we get to see nothing of the meeting of Tim (Gleeson) and Mary (McAdams).  What we hear, instead, is a literal blind date.  It is funny, romantic and remarkably well written.  By hearing instead of seeing, we are forced to open ourselves to different senses.

The best and worst part about this meeting is that within the next scene, it is entirely undone.  The reason why is explained in the early stages of the film.  We find that Tim’s dad, James (played so wonderfully by Nighy) shares a secret with his son.  All of the men in Tim’s family are able to travel backwards in time.  As for issues with the butterfly effect, that is ruled out, and so is anything that gets in the way with plot advancement.  The elder Lake tells his son to use it for something good.  Since it is a Richard Curtis film, that purpose is the pursuit of love.

Curtis is a good enough film maker that he can make people feel real and in love.  He’s also got enough confidence in the material that he can let a great first meeting evaporate, and then create a more complicated but no less effective meeting.  The best thing about his approach is that we don’t see a series of Groundhog Day or even Back to the Future type events.  There are many paths taken, and most of them flow with the characters and the story.  It’s a quiet story about people who love one another.  And true love is really another word for sacrifice.

Curtis is without peer when it comes to peripheral characters, and this time is no exception.  Particularly wonderful are Hollander as Harry, a vulgar and straightforward play writer, Cordery as the beautiful, somewhat touched Uncle Desmond and Wilson as Tim’s free spirit sister.  Nighy is an actor who can fit into any occasion, even horrible vampire, werewolf and Frankenstein films.  He was an incredible force in Love, Actually and he is a quiet, sad and beautiful force here.  He took the extra time he got out of life to read every book he ever wanted to read twice.  The best thing about the story seeing Gleeson and McAdams going back and forth.  There is no amount of gimmickry that can replace chemistry.  Even better is having the chemistry be between a father and son, as well as a husband and wife.

About Time is one of the better romantic films of the last few years.  The beautiful message to the film is a simple one: take time to notice.  Romantic comedies rarely teach one anything.  In this case, as often is the case with the films of Richard Curtis, I enjoy noticing the effects wise writing and beautiful direction can have on her.  That makes my time twice as worthwhile.