My teenage daughter and I spent much of the last 20 minutes laughing. Sometimes for the same reason. This is rare. If you like comedies, this will stand out. If you are suspicious of them, this will not win any awards, but it just might make you smile a time or two. You might even laugh. 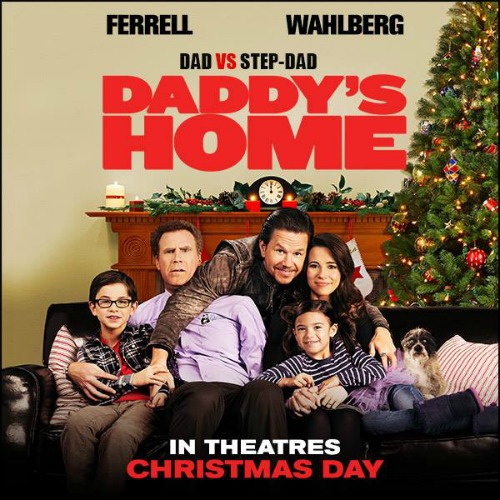 The recipe for a successful comedy is kind of like the recipe for a peanut butter and jelly sandwich. If all of the ingredients work, the experience immediately delicious is reliably forgettable. Indeed, the things I remember most about the previous effort The Other Guys of the two leads is Samuel L. Jackson and a Prius in a car chase. I own that movie and wanted to watch this effort. If someone throws a little too much honey instead of jam it’s sappy. If the peanut butter is not broken down enough, it feels choppy.

This time, we get enough laughs and few enough wincing moments to make this feel like a an above average comedy. I am pretty sure there are some laugh out loud moments that I will remember when it comes time to review the next Ferrell / Wahlberg effort.

This time around, Ferrell is Brad Whitaker. He’s a nice guy smooth-jazz radio station executive that loves children in the best way possible. His inability to have them is assuaged by the fact that his beautiful wife (Cardillini) came with two of her own. Just about the time the kids start to accept him as a father figure, their birth father Dusty (Wahlberg) comes back to town from who knows where to make things…complicated.

That the premise of the film seems dated before we’ve even seen it matters little. We know that Ferrell and Wahlberg are not going for originality here and there is absolutely nothing in Anders previous directing or writing work (That’s My Boy, We’re The Millers, Horrible Bosses 2)  screaming creativity. The work is surprisingly adept, despite some obvious choices. Ferrell and Wahlberg are in good form. The best moments are mostly Ferrell on a downturn, but it’s not a monopoly. There are some of his funniest moments since he first played Ron Burgundy.

One of the better aspects of the film is the undercard of Burress and Hayden Church. Hannibal is Griff, a handyman who has issues with Brad, but doesn’t let that stop him from moving in and making himself comfortable in his and Dusty’s new residence. His performance is anything but obvious and constantly a welcome surprise. Annoying part timers like T.J. Miller and  Nick Swardson could learn a lot from Burress’ work? Who’s kidding?  They won’t.

Thomas Hayden Church hits some excellent shots from the weeds in the thankless job of obvious comic foil. His stories are great, his horrible timing is perfect and his brashness works as a great counter to Brad’s sensitivity. He allows Ferrell to mine unfamiliar territory for him and it works really well.

My teenage daughter and I spent much of the last 20 minutes laughing. Sometimes for the same reason. This is rare. If you like comedies, this will stand out. If you are suspicious of them, this will not win any awards, but it just might make you smile a time or two. You might even laugh.