Skip to content
The Secret Life of Pets (***1/2) and Sing (*1/2) shows Illumination is just pumping them out there regardless of quality
1.5 Stars

It’s plain that Illumination is banking on a distinct visual flair while sacrificing originality of story (and, in Sing’s case, distinct vocal talent). There are worse films out there, but it all makes me happy that my youngest one is 10 and I will likely be skipping more of the automatic animation viewing destinations in the future. 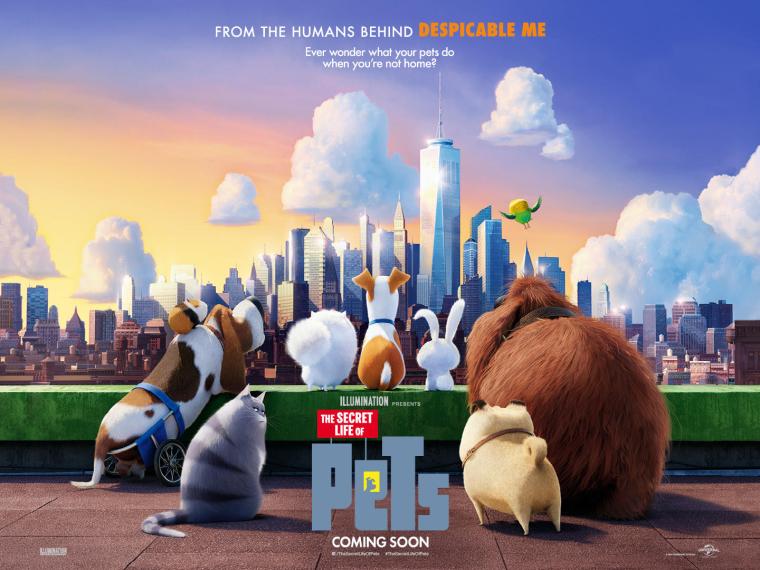 Pixar has been in the sequel age for a few years. Disney’s picking up their slack though. Dreamworks had a good run that has begun to slow down in the last few years. On the other hand, Illumination finally started putting out product that wasn’t related to Despicable Me in the last 4 years. Don’t worry, though, the movies were a success and will each have a sequel by 2020. By then we’ll have had another Despicable Me and one more take on The Grinch.

The two films this year, Pets and Sing, are pretty similar in terms of animated artistry. The visuals are distinct and cute. But not too cute. Research must have told them how much ugly is the right amount. The stories couldn’t be any more different.

First of all, The Secret Life Of Pets, is a pleasant surprise that filled the gap left in the summer for those who wanted to watch something after Finding Dory. The story is about 2 dogs who we’ll call Woody and Buzz. Woody has the best life with his owner fellow neighbor pets until his seeming nemesis, Buzz, comes along. They fight until they both get lost and it takes a concerted effort to get everyone back together again before the misunderstood miscreants ruin everything.

Woody and Buzz in this case are Max (C.K.) and Duke (Stonestreet). Their friends, while unremarkable, provide enough grist to get to the most entertaining parts of the film in Snowball (Hart), who is best described as a psychotic bunny, and Pops (Carvey) who reigns as a sort of unwieldy godfather type. Despite the obvious references to the superior Toy Story, it’s still above average with more than a few memorable moments.

Sing is another matter. Trying so hard to represent everyone that feels forgotten, it’s worse than forgettable. It’s maudlin. The story involves a group of misfits who tryout for a Muppets style show, but then have to settle for…a more Muppety kind of show. These Muppets are not at all interesting. Who they are, why they are there and what happens matters less than zero. In fact, the animation far outstrips anything you hear in the movie.

The vocal talent for Pets is superior, mostly for the inclusion of Louis C.K., Stonestreet, Slate and Carvey. Brooks makes a nice appearance as a bird of prey who’s fighting that urge for the prospect of gaining a friend. I know that McConaughey and Witherspoon are in Sing, but I can’t tell you how the movie is any better for it. Seth MacFarlane’s slightly sinister mouse Mike is the most memorable character that doesn’t beg for sympathy or laughs.

The animation for both is really neat. I was in awe of some of the scenery, and it really looks like Illumination is learning how to show off their talent without making it obvious. Duke’s flowing hair would have been awful a few years ago. Now he’s a wonder.

It’s plain that Illumination is banking on a distinct visual flair while sacrificing originality of story (and, in Sing’s case, distinct vocal talent). There are worse films out there, but it all makes me happy that my youngest one is 10 and I will likely be skipping more of the automatic animation viewing destinations in the future.