Death Note (***) is Pandora’s Box by another name 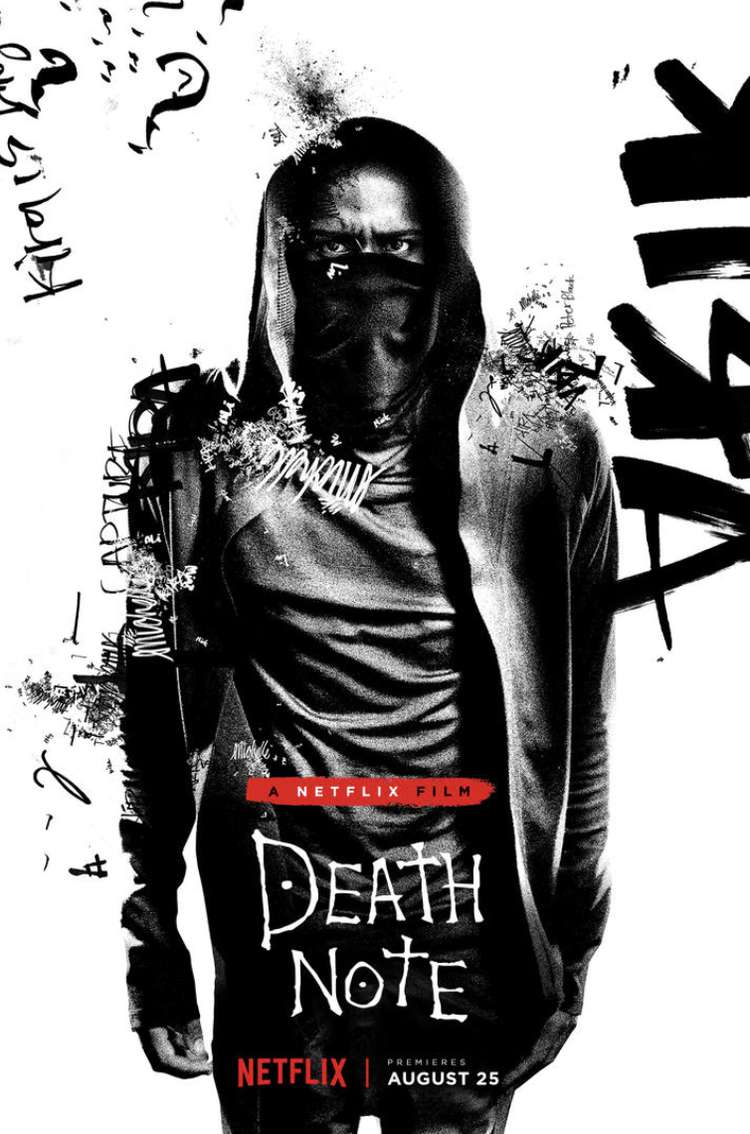 Before we go too far in any direction, this film is not great. It’s not a giant disappointment, though. It is just a little one. Anyone who has time to accuse the filmmakers of whitewashing the original material take a long walk. They’ve already done enough in front of the camera in Japan, from where the original manga emanates. There was a time when it would have been called an homage, but everyone has to be offended these days. Grow up and just take this for what it is, a borrowed tale of a borrowed tale of a borrowed tale.

The disappointment for me is only that I’ve seen Wingard do better and not all that long ago. You’re Next is one of my favorite slasher films of recent memory, and the word on The Guest is good enough it makes me wonder why I missed it. He’s been hired to do the upcoming Godzilla vs. Kong film too. Ears perked when this property he was attached to suddenly got placed in limbo. Then they perked again when Netflix picked it up and made it at full budget. One could almost feel the palpable disappointment just waiting for critics to express when the burgeoning monolith released the film in late August.

The story is quite recognizable to anyone who’s studied anything written before this date. A kid named Light (Wolff) literally has a book called Death Note drop out of the sky in front of him. He picks it up. He reads. It becomes clear through a series of screen flashes what the book wants him to know and what the director wants us to know. Write a name in the book, picture the face that goes with the name and that person dies.

The book comes with a death god, named Ryuk (Dafoe). The purpose of this demon is unclear. It seems like he wants to bust out somehow, but really he just wants the person who has the book to put him to work. He likes the rules, but he likes mischief even more. This mischief is pretty gruesome.

The movie has some good performances, in particular Stanfield as L and Qualley as Mia. Dafoe is right at home as the evil Ryuk. His brand of vitriol feels sinister and is, if anything, underused here.

They could have done better than Wolff for a leading man, but it’s hard to tell if its as much his issue as it is the writing. He’s somewhat annoying, like a more annoying Adam Goldberg, though I am not sure how he got there. Somehow he feels disconnected from the material, like he’s waiting for it to be worthy of him. Maybe its unfair, but I’ve never watched anything he’s been in twice.

If anything, they could have tethered Ryuk much closer to Light, or at least featured their back and forth more prominently. Though they take an original twist introducing the Adam and Eve element to it, in the end it serves as a distraction to what could have been much more interesting material.

I am not real familiar with manga, and there’s nothing here that draws me in. Wingard’s hold on the material seems fleeting here. It’s got nothing of the control he’s exhibited with his early work.