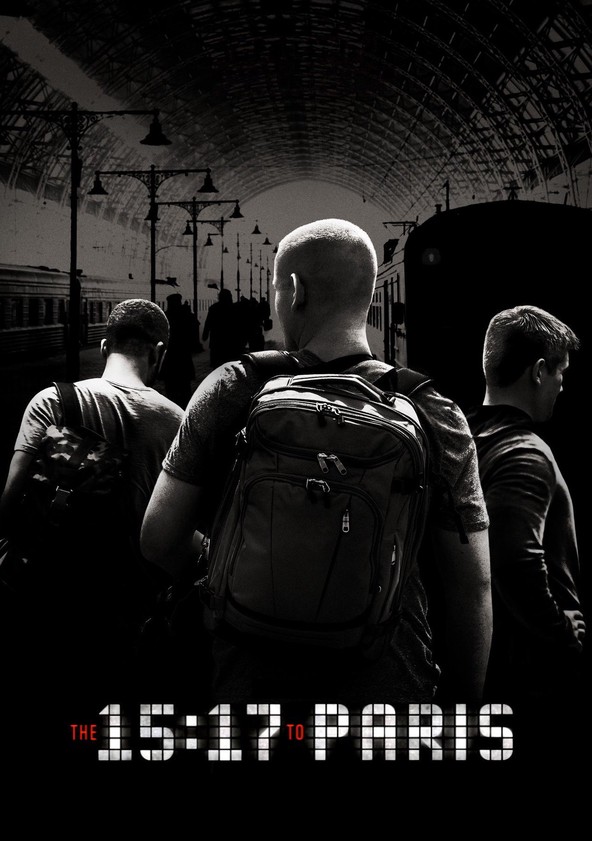 This is where the breakdown happens in Clint Eastwood, post Obama. His political leanings have guided his cinematic choices over the last decade. He’s making films based on real events and people, letting his beliefs out through the works. His track record is spotty, this is certain. He’s the kind of guy who gets the job done on time every time and rarely works overtime while doing it. His ability to make art is unquestioned by now. He has nothing he needs to or even attempts to prove.

This can be a detriment when it comes to the stories he wants to tell. In general, the work is still good. When the choices he takes don’t match up with convention, he is going to lose in the eyes of those who disagree with his politics. That said, it doesn’t necessarily mean the criticisms are wrong. They are just overwrought.

The main problem with this film is also its greatest strength. The three heroes celebrated for running towards a terrorist on a train headed to Paris while the innocent waited to be saved is one of the necessarily great stories of our time. Alek Skarlatos, Spencer Stone and Anthony Sadler are truly great men who have to now lived great lives. This is not to say there was really all that much exciting to see in the parts of their lives Eastwood chose to show.

The examples of the boys as kids are perhaps the roughest parts of the film. The conference with two moms (Fisher and Greer) and one teacher is almost funny in its simple one-sided premise. It’s poor writing that doesn’t play to the strengths of one side of an argument. They manage to make both sides of the argument look so bad as to be unreal.

The decision to include the men playing themselves in their adult years has cause much consternation with reviewers. Truth to tell, it’s not that which is the problem. The main challenge is that the story being told is choppy and lacking any sense of purpose for two of the three.

We see Spencer a lot, especially when he decides to get in shape, going for the Air Force para-rescue job he wants. Then when that doesn’t happen. In fact, he fails a lot, but keeps moving forward. His goals are clear.

Alek we see joining the force and being deployed to Afghanistan. He also had some set backs, but these are not as clearly addressed. Anthony, we know almost nothing about.

Alek and Spencer decide to meet in Germany during their next respective leaves. At this point, Spencer convinces Anthony to meet him earlier in Italy.

What happens in these locations in not interesting to the story, even if it is nice to see good young men out enjoying the world in their youth. They are all presented as respectful, clean-cut men who offer a somewhat bland, if respectful approach to life on the road.

In the same tradition as his last film, Sully, Eastwood intersperses all of this prelude with scenes of the event as it is developing. Remarkably, there is another man who is involved with a scuffle with the terrorist. He wrestles the rifle from the attempted murderer and he is shot as he tries to run away with it.

This is where the movie hits its stride. We see over the next frantic 10 minutes why it is that Eastwood concentrates on Spencer, and at least those scenes are not in vain. It’s riveting action and certainly the best thing anyone could ever want to do to help their fellow human beings out of a tight spot.

It would have been better for me to know more about the man from Virginia who made first contact. I would have loved to know how his day was going before his life changed forever. Even the old guy who helped to bind the terrorist would have been nice to know in some way.

I am very happy there are people like Stone, Sadler and Skarlatos in the world. Lord knows we need to have more stories like this told. Sure it could have been told more artfully and with better editing. Still, Eastwood’s inspiration, clunky as it is, works as a good story.

A good friend of mine named P Diggles said it best after he saw the film:

“In the movie 15:17 to Paris the main character Spencer was shown praying this prayer since he was a child. It’s going to become my daily devotional

It make me happier to know we all breathe the same air and pray the same prayers.