Synopsis Second verse, same as the first, only this time it takes place in “Thighland,” Helms character is getting married and his future brother-in-law is the one getting married.

Review So many things about this movie are lovable, so many things about this movie are repugnant, and so many are just variations of what you saw in the last script.  Not that it lacks entertainment value, there are plenty of wonderful moments, a lot of them provided by the monkey, Jeong and, of course, Galifianakis.  If you enjoyed to first movie, you will like this one.  If you did not, then you won’t.

Synopsis Planes, Trains and Automobiles only in the summer and the destination is a pregnant wife.  This time Downey, Jr. is a slightly meaner version of the Martin character and Zach is a much more insane version of the John Candy character. 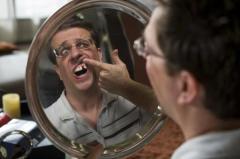 Synopsis Justin Bartha is getting married, if only his groomsmen could find him after a wild party and a terrible hangover.

Review Todd Phillips’ movies have a tendency to make medium names bigger.  In this case, Cooper, Helms and Galifianakis all hit moonshots here, taking Jeong along for the ride.  The script is brilliant and the execution is almost flawless.  There are so many sour notes in this film, that together they make a symphony of sick humor.

Synopsis Billy Bob Thornton plays a rude ass somehow placed in the role of a mentor of Napoleon Dynamite‘s Heder, in his pursuit of Barrett’s Amanda.  Then they compete for her.

Review One of those, “because the script says so,” romance plots that has no traction.  Just like the idea that Heder can be anything but a doof, or that Billy Bob Thornton is any type of cool.  Bad Santa II, same crap, different season.  It has very few moments; that is all. 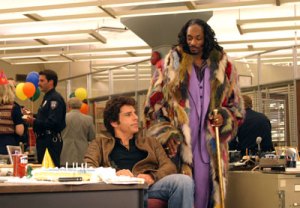 Synopsis It’s Starsky and Hutch, man.  But…backwards.  Starsky is by the book, Hutch is the surfer dude.  Kind of like Stiller and Wilson in life. 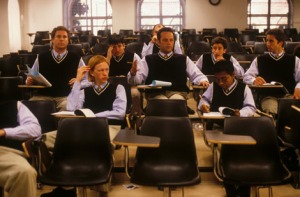 Synopsis Mitch Martin (Wilson) moves into a house on the campus of his alma mater.  He and his friends, played by Farrell and Vaughn, are forced to go through a series of hoops to stay on campus.

Review While not as good as Road Trip, the pacing and humor is right on par.  This was Farrell’s star making vehicle and he makes the most of it.  There was no going back after this.  Vaughn got a good boost from this too, and deservedly so.  He finally put together  the sarcastic package with the cigarette while doing the gymnast rings.  I would love to see Luke Wilson do more work with Todd Phillips. 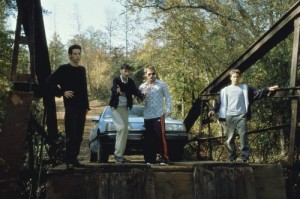 Synopsis Guy thinks his long distance relationship girlfriend is cheating, and after he strays, he thinks that he mistakenly sent a video of the event to her college across the country.  He then goes on a road trip with his friends to retrieve it.  Hilarity ensues.

Review Scott is still fresh from his Stifler role, and Meyer is solid as the every man lead.  The wins for this movie are in the casting of then unknown Qualls and a sadly, still largely unknown Costanzo.  Both bring a realism to their roles as people in college you might actually know, and like.  Tom Green is at his least annoying, and most funny is the fate that befalls Anthony Rapp’s jealous Jacob.  The breakfast scene in the diner is priceless.  This film is so relaxed, it does nothing but bring a smile to one’s face.