Villeneuve is one of the best directors alive. He his streak is 3 near-classics and counting. His sensibility is one of quiet observation. He allows the viewer to draw his own conclusions on what they are seeing, without pushing even subtly in any direction. 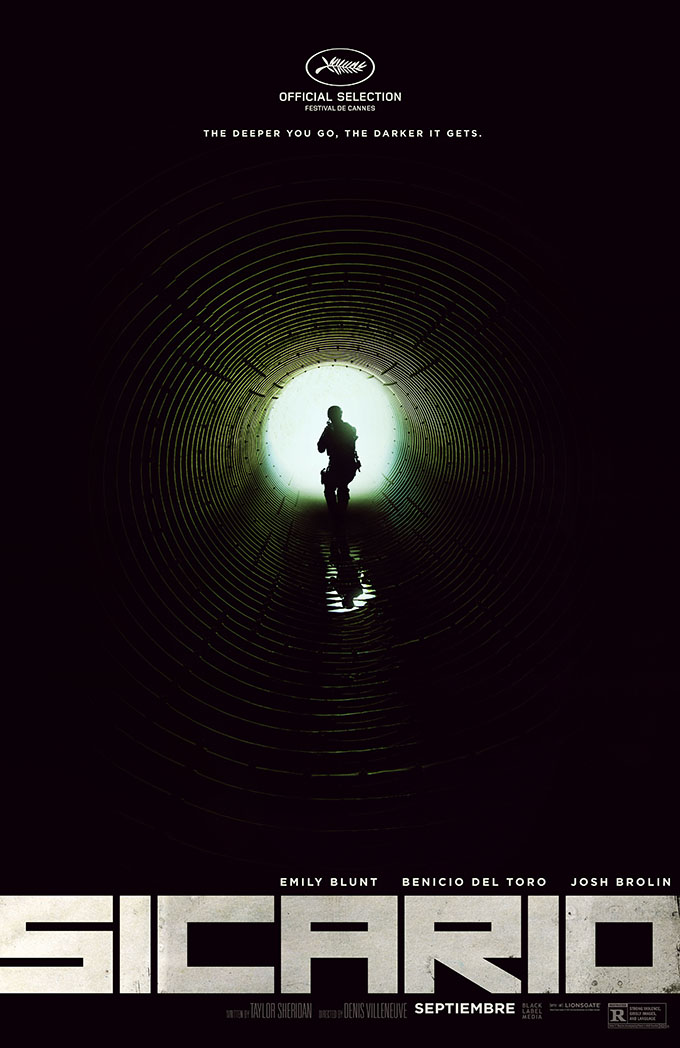 Easily the one of the top films of 2015, Sicario pulls you in from the first moments of Roger Deakins amazing camera work and does not let go until everything fades to black. The story is a labyrinthian journey for FBI agent Kate Macer (Blunt) into the world of the CIA in the never ending battle against Mexican drug cartels. Her CIA counterparts, Matt Graver (Brolin) and Alejandro Gillick (del Toro) sense an opportunity with her and she volunteers to work with them to further her efforts at investigating her own case.

That the CIA plays by different rules is a given. Their motives never do seem to be the same. After discovering that Gillick has a past in Mexico, they surprise her when they perform a bloody extradition of the cartel’s top men. Having the chance to prosecute a heavyweight in the states, Kate is overruled.  Eventually the two to let her know their true goal: to mess up cartel operations until the U.S. cartel head of operations Diaz (Saracino) is called back home to Mexico.

Everything works in this film. All the actors are completely absorbed into the sequence of events to the extent that it really feels like a much more complex story than it is. Leading the way are Blunt and del Toro. Both performances would be the best in just about anyone else’s career. del Toro in particular holds the viewer with a gravity that rivals his Oscar winning performance in Traffic.

Villeneuve is one of the best directors alive. He his streak is 3 near-classics and counting. His sensibility is one of quiet observation. He allows the viewer to draw his own conclusions on what they are seeing, without pushing even subtly in any direction. His work brings Fincher to mind, with a sense of humor dry as the Arizona desert. His work is given it’s most depth to date in the lens of Deakins. So much to look at with every shot, it would be a pleasure to watch even if there were no plot.

The plot is serviceable, but pushed to greatness with the aforementioned talents. Sheridan is Sheriff Hale from Sons of Anarchy. This is his first published work and he’s planning on working with Villeneuve and del Toro on a follow up. My interest in the sequel will hinge on their continued partnership.