The one who benefits most from this arrangement is Lilly’s Hope, who continually marches through each predicament with the smarts of Hermione and the physical prowess of Wonder Woman. She is the best part of Ant-Man and The Wasp. Nothing she does is done for the sake of being a woman or in spite of it. She’s out to accomplish objectives. 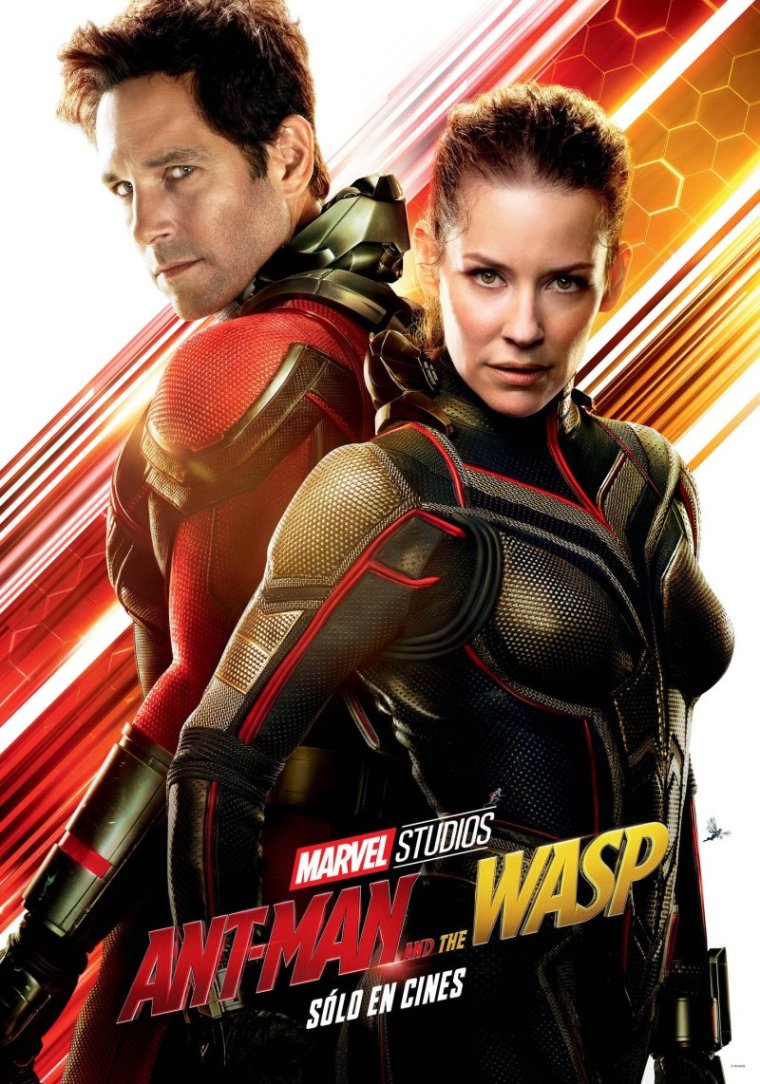 Odds are, if one liked the supposed depth of the last two Marvel Cinematic Universe movies, this one would be a tougher sell. It is full of jokes and light hearted chase scenes where pratfalls are interspersed with moves so precise one wonders how anyone could counter them. I found so much to love and care for in Black Panther. How could anyone deny the greatness of a story where the hero is changed by the good intentions of his nemesis? The ability to question in such a major film is a thing not often seen. But then, we’ve never seen anything like what Feige is pulling off here, have we?

The Avengers Infinity War, as good as it is, left me cold. It’s got nowhere to go after such an extravagant ending where it’s incredibly obvious what has to happen next. This is the weakness of the source material, though. There’s no question that they pulled off its execution in a big way.

After such a draining exercise, it seems the logical choice that we have to go a little bit more sunny with this In-Between film. The story is literally a light hearted chase scene combined with a search for long lost love. It could have been an easy story to cut short. Thankfully, Marvel hasn’t made a practice of taking shortcuts.

Last time we saw Scott Lang (Rudd), he was escaping from the maximum security prison Tony Stark placed him in courtesy of Steve Rogers. The law caught up with him back home though, so he and Clint Barton / Hawkeye are back home, with their families under house arrest. Hope (Lilly) and Hank (Douglas) escaped capture, though. They continued their quest to recover the matriarch, Janet (Pfeiffer), lost years before in an act of heroism.

Their efforts to open a portal to the quantum realm allows Janet the chance to communicate with the last person to be there, namely Scott. When he tries to contact Hank, this sets several events in motion.

These events include a person (John-Kamen) caught between our realm and…someplace else. There are also some bad guys led by Goggins who answer to someone off-screen. They know Hank Pym is building something and they want it for themselves. Then there’s the FBI guys, led by Park, who are eager to catch Lang breaking his house arrest.

If that seems like a lot going on, the screenwriters pull it off while not letting us drag in overly technical talking points. To wit, one could have no concept whatsoever the finer or even duller points of quantum fields, jumps or energy to follow what’s happening. That they do this is impressive. That we get this with 5 credited screenwriters is even more impressive.

It helps to have a strong cast, and you don’t get much better than having someone like Michael Peña fifth on your credit roll. His work is some of the best of the first film. It’s even better here. Seeing his Luis on “truth serum” is a highlight.

Douglas is prime in the role of the original hero. This allows us the expansion of the Universe between the original Avenger to know and by bridging that gap, gives real depth and character to everything. Pfeiffer is fine enough as Janet, even if she spends much of the film as a MacGuffin.

As Scott Lang, Rudd may be one of the diamonds in the rough of the whole Marvel Cinematic Universe. Heroes aren’t supposed to be this average. His presence gives a humanizing effect to the rest of the brilliant scientists, fighters and villains other films can’t touch.

The one who benefits most from this arrangement is Lilly’s Hope, who continually marches through each predicament with the smarts of Hermione and the physical prowess of Wonder Woman. She is the best part of Ant-Man and The Wasp. Nothing she does is done for the sake of being a woman or in spite of it. She’s out to accomplish objectives. This she does with, without and sometimes in spite of her partner, Lang. She doesn’t treat him like he’s an idiot, even when he’s being one. She has no doubts but for the fact that she her will shall be done.

How does this all fit in with what’s going on with The Avengers?  Watch and you’ll find out. A convincing case is made for how it all works together. I am glad for the side story and I look forward to seeing how everyone connects later on in future films.

There are plenty out there who discount Rudd’s Lang for not being as snarky brilliant as Stark, as strong as Thor or just plain stoic, like Black Panther and the former Captain America. The dimension he and Hope van Dyne adds to the universe works perfectly for me. I saw this film 3 times with weekend. I am not sure when I will see Infinity War a third time.