The questions heading into the film are numerous. Some are answered: even more arise in their wake.

“It’s tough to stay interested in watching most blowhards take credit for their work by slandering those who they disagree with, but the desire to see good work rewarded will not get old. The best thing the Oscars have going for them is they’re not as bad as the other televised award shows. The gap is narrowing.” 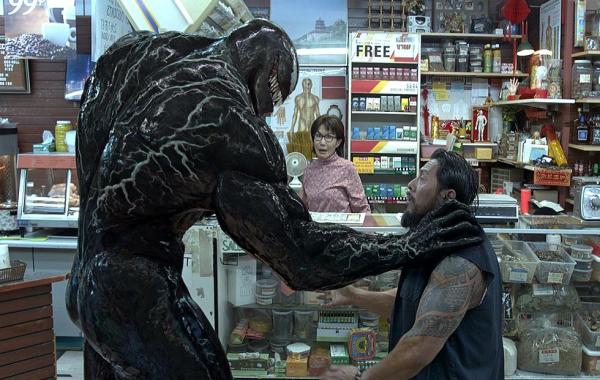 #venom Somewhere between the drawing board and the actuality of the screen a great film was lost. What is left is a good film that has enough pieces on the cutting room floor, the home release should be interesting…Venom could surprise at the box office. It’s better than the standard is for hero films these days, even if it’s not all that great. It makes its viewer want more.

This movie is Paul Rudd, through and through. It is the role he’s deserved after a career of being the best part of every film he’s made. He does not waste his moment in the spotlight, and the film is all the better for it. There is heft to the film, but with his performance, it doesn’t have to be an obnoxious weight. If he’s not as serious as Captain America, he is every bit as earnest. Marvel’s Cinematic Universe needs Rudd every bit as much as it needs Downey, Jr. or Pratt.

X-Men: Days of Future Passed / The Rogue Cut: We can go anywhere from here

The Rogue Cut is like the bloom of a rose the day after you thought it had reached maturity. Instead of beginning to wilt, it flows even more thoroughly from its core, giving the bloom a depth and resonance it never had previously. The interesting thing about it though, is that it’s not only or even primarily because of the sequence of Anna Paquin scenes that this version of X-Men succeeds.