"After four Avengers films, they've finally made the perfect one. There's but one overly gratuitous moment for me. It easily washes out, though, when the rest of the film feels so comfortable, so tense and anything but inevitable." 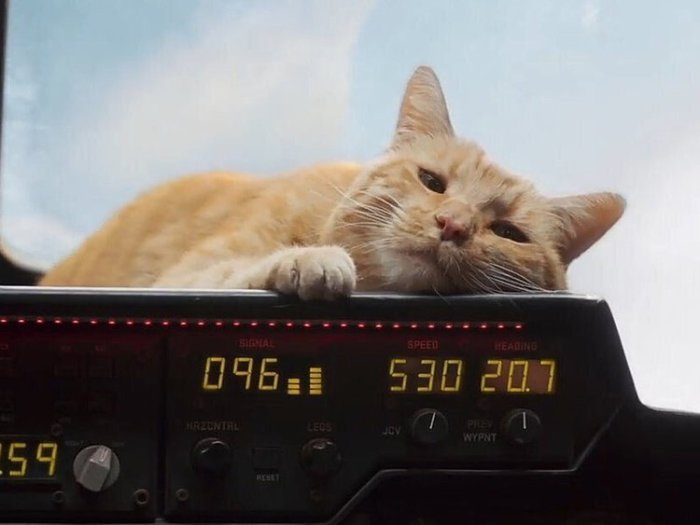 "Em is excited at the prospects of this film. She looks forward to seeing Captain take over a leadership role with the Avengers. Conversations drift back and forth between characters as she imagines whose place she will supplant. This is not excitement for girl power. It's just a person who enjoys the evolution of the Marvel Universe. Will this supplant her love for Tony, Peter Parker or Loki? Does it have to? Em doesn't think so."

There are many stories strewn throughout the wasteland of Skull Island. There is a point near the end, where we see a collection of ships that have been left abandoned there through hundreds of years. What happened to all of those people? It would be nice to get a hint of just a few of those stories.

This one is going to have to do for now. It's a good enough start that doesn't overstay its welcome. This alone makes it the best one yet.

The 88th Avenue Oscars - Cut the crap Enough of this stuff. It's getting old. Why is it that each year increasingly mediocre films are awarded for having one trick pony, when well rounded fare is given a pat on the ass and shown the side door? Yes, it's Leonardo's year. Why?  Because we've been … END_OF_DOCUMENT_TOKEN_TO_BE_REPLACED

Trainwreck - 2015 Director Judd Apatow Starring Amy Schumer, Bill Hader, Brie Larson, Colin Quinn, John Cena, Vanessa Bayer, Mike Birbiglia, Ezra Miller, Tilda Swinton, LeBron James Screenplay Schumer It may be for the best, but I had not seen much of Amy Schumer prior to watching Trainwreck. That tactic worked for Ted, because one of the things I heard a lot was it isn't the same … END_OF_DOCUMENT_TOKEN_TO_BE_REPLACED

Don Jon - 2013 Written and Directed by Joseph Gordon-Levitt Starring Joseph Gordon-Levitt, Scarlett Johansson, Julianne Moore, Rob Brown, Glenne Headly, Brie Larson, Tony Danza There is a certain amount of irony in the fact that Brie Larson is featured in not only this film, but she is also a player in The Spectacular Now.  Each film features a man working through some … END_OF_DOCUMENT_TOKEN_TO_BE_REPLACED

21 Jump Street - 2012 Directors Phil Lord and Chris Miller Starring Jonah Hill, Channing Tatum, Brie Larson, Ellie Kemper, Dave Franco, Rob Riggle, Ice Cube Screenplay Michael Bacall It's not that I did not ever watch the original television show, I just didn't ever make it a point to watch 21 Jump Street.  All of the hullabaloo … END_OF_DOCUMENT_TOKEN_TO_BE_REPLACED