"Which brings me back to Roach. He's biased, one can see he's basically a fair story teller. The desire to give a balanced and honest assessment is essential to understanding the old ways we are leaving to the new world yet to come. Carlson and Kelly want the same things for their daughters as I want for mine. "

Don't think. It will all be better that way. 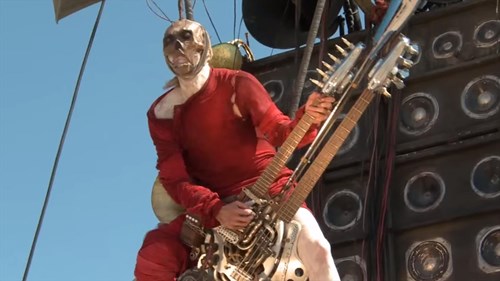 Of the films, this is the one I enjoyed more than any, outside of Thunderdome. For a series that is such complete and all out high octane, they keep going down the same road over and over. Unlike George Romero's zombie films, or Scorsese's real crime repeats, the craft is getting more refined with each trip. And unlike Spielberg tinkering with E.T. or Lucas messing around with the original Star Wars movies, these films feel more organic, instead of messed with. It's like a painting that grows in one's esteem as it ages. Don't be fooled, though. This painting is closer to Dogs Playing Poker than it is to The Last Supper.

With the release of the first good Predator film in almost 25 years, and the making (by Ridley Scott) of an Alien prequel, Prometheus, now is a great time to review the two series as a whole.  Both series have gone to hell and back (sometimes together), but overall, the entire series has provided many intense, … END_OF_DOCUMENT_TOKEN_TO_BE_REPLACED